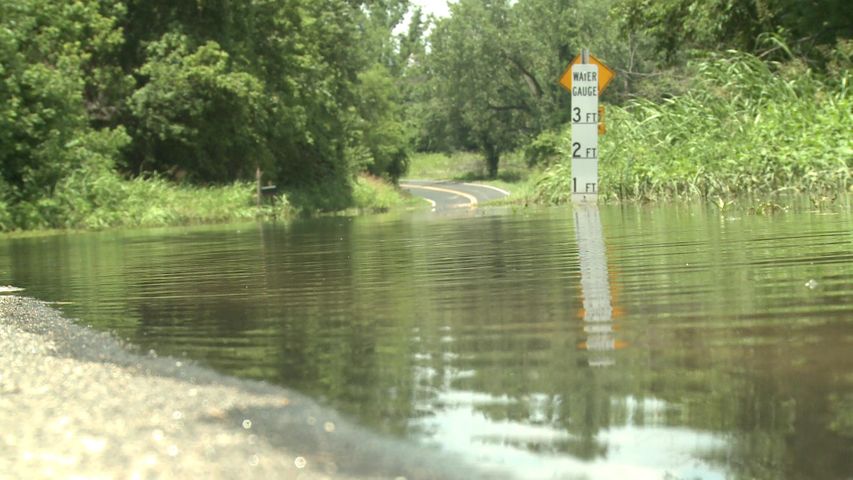 SANDY HOOK - River flooding has caused drivers traveling on MO-179 to find an alternate route. The road in Sandy Hook borders the Missouri River where water has flooded over parts of the highway.

MODOT closed MO-179 north and southbound lanes since June 29. Water levels have decreased since this weekend, dropping from 18 inches deep on Saturday to about eight inches Monday.

Flooding has hit residents hardest who live right off of MO-179 in Moniteau County. Most houses in that area are unaffected structurally, but actually gettting home has been been the biggest problem.

"This one here is the longest where we've ever had the longest period of time where the water has been over the road that I can remember," Jamestown resident Kim Nott said.

Adam Goff, a Sandy Hook resident has been living in the frequently flooded area for about ten years. While he's not too happy taking an alternate route, he says it just comes with the season. "It's a pain in the butt because you have to go through gravel," he said. "But if you live here long enough you get used to it."

According to MODOT, MO-179 in Sandy Hook is the only road closed because of flooding in Mid-Missouri. The majority of road closures are in Northwest Missouri, where the Missouri River water levels are highest in the state. MODOT expects more roads in Mid-Missouri to flood in the coming weeks.