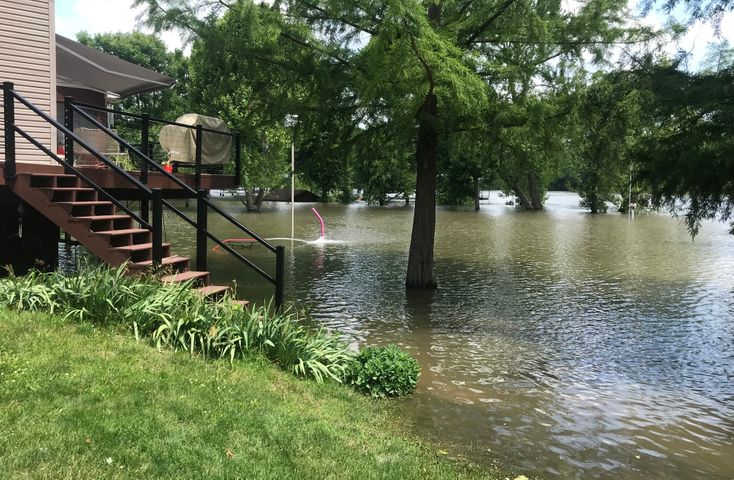 Friday, Ameren announced that it plans to open a floodgate later next week instead of Saturday.

Neighbors say, although water levels have gone down a few inches in the past several days, the floodgate opening could bring levels back to where they were or even higher.

Marina Road resident Bill Edwards said he has lived there for the past 11 years and has never seen the water up to his house like it is now.

"We've done everything we can, I'm not saying we can beat it or anything, but we're just going to live through it," he said.

Edwards said he has been pumping water out of his basement with hoses for the past few days.

Once the floodgates open, the water could potentially rise up to the street.

Bob Woodward, the owner of Osage Campgrounds, said he was around in 1993 when the flood was much worse.

Edwards said he enjoys living on the river and there is not much one can do when the water overflows it's banks like it has.

"It's just, it's not like you're running for your life. You know, it's just a headache, so you kind of buy into that when you move down here, that you're, sometimes you're going to have issues that you don't have any control over and you just got to live through them."

Edwards said he plans to make his house more tight for waterproof in the future.