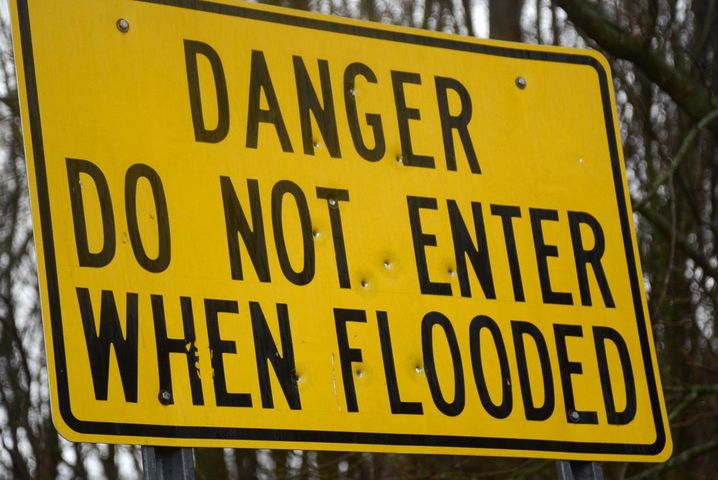 Baseball-size hail has the potential to fall on mid-Missouri, and the area has received more than two inches of rain in the past 24 hours putting mid-Missouri under a flash flood watch. A flood warning has been issued for Columbia. Cole County is at a greater risk for flash flooding.

As of 10:30 a.m. on Thursday, 10 roads in Cole County had been closed due to flooding, according to the Cole County Fire Protection District. (See our slideshow.)

Low lying roads tend to flood the fastest and have the most standing water.

Steve Cearlock, Cole County public information officer said, "If people are going down a county road, state highway and you see standing water any place do not enter that standing water."

Any small amount of water can push a car off the roadway, and down a river, or stream, he added.

As of Thursday morning, the Cole County Fire Protection District did not go out on any emergency calls, but had been monitoring the streets, road closures and streams.

"We are keeping our personnel ready for anything that might pop up," said Cearlock.

Captain John Wheeler of the Cole County Sheriff's Department said, "Last someone did try to cross one of the little water crossings, they lost their vehicle and were able to swim out, but the vehicle is down stream somewhere."

Wheeler advises drivers not to cross water coming over roadways, because the depth and strength of the water might be stronger than people think. The department is spreading weather awareness to citizens through a Facebook blog, and Textcaster. The app, Textcaster, sends out sheriff's alerts to citizens who sign up online.

The sheriff's department has six deputies out on the roads due to the weather conditions.