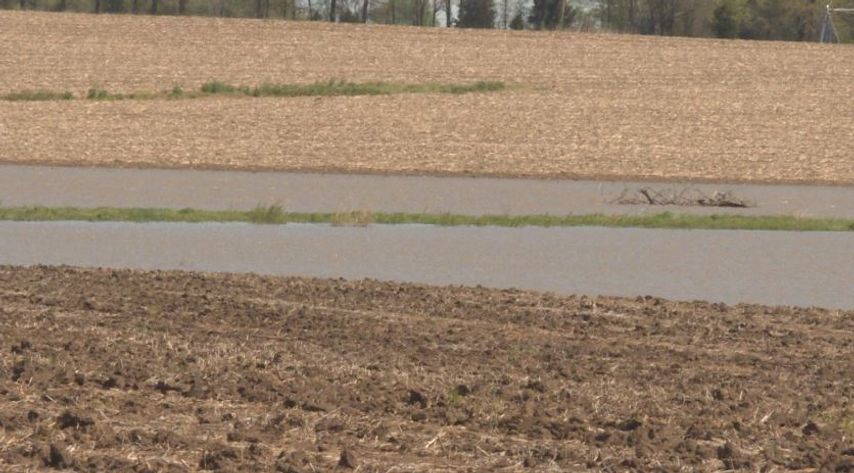 FULTON – The flooding rain over the weekend impacted some mid-Missouri farmers and their crops. If the weather continues people might see an impact on their pocketbook at the grocery store.

Farmers are experiencing difficulty during their planting season because of the recent weather. Some areas in mid-Missouri received 3 to 6 inches of rain over the weekend, according to KOMU 8 Meteorologist Tori Stepanek.

Jeff Jones is the owner and operator of Jones Angus Farms in Fulton, where a flood warning is still in effect through Friday morning. He said the recent weather is causing some difficulty this planting season and having an effect on all of his crops.

Scott Gerlt, program leader with the Food and Agricultural Policy Research Institute with the University of Missouri, said markets have reacted negatively due to fears about the weather.

“When farmers can’t get in the field during planting time, it pushes everything back schedule-wise. This tends to decrease production, which can lead to higher crop prices and, down the road, some higher prices at the grocery store," Gerlt said.

However, Jones maintained his faith for the future.

“I have great faith, and you have to have to be a farmer, so I believe that when the sun shines, we’ll be able to make up for time that’s lost in the past,” Jones said. “But it is going to be a challenge to be able to hit double time to catch up from the time that’s been lost during the rainfall.”

Gerlt said the full effects of the recent rain won’t be known until the fall when the farmers harvest their crops. He is hoping for drier weather for farmers to finish their planting.