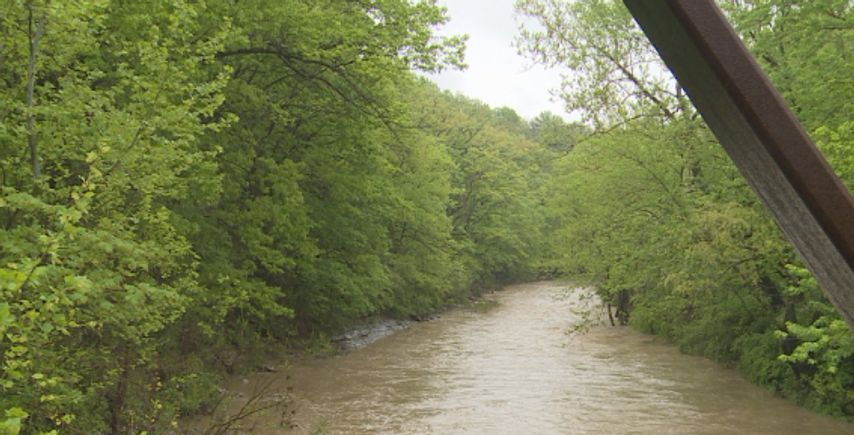 COLUMBIA - This past weekend Hinkson Creek rose to heights not seen in several years.

According to the United States Geological Survey, the gage height of the creek reached over 18 feet over the weekend.

Historical data on the creek shows the creek hasn't seen those type of heights since late 2014.

One woman told KOMU 8 News the creek was almost up to bridge level at Capen Park.

One local dentist, whose office is right next to the creek, wasn't concerned about the rising water.

"Our doorstep is eight to 10 feet above where it went over the road," Tom Elliott said. "In order for it to get to our door, it would have to fill the entire valley from here all the way to the Missouri River, and I think if that happens we're all in trouble."

Elliott has been working in the same office for 27 years and remembers some of the biggest floods in recent history.

"The worst flood, '93, when the Hinkson Creek stayed full for so long, logs were floating upstream," Elliott said. "It was like that for a couple weeks."

Elliott also said the flooding has spread to Forum Boulevard.

"It was a couple years after that, I'd say '95 or '96 we had six inches of rain in a day, and it went over the Hinkson Creek for a couple of hours," Elliott said. "I come up here in the morning to check and see how the water was and the water was over Forum Boulevard, and the whole parking lot was under water right up to the steps of the building."

According to Elliot, watching flooding happening near your building can be scary at first, but he isn't concerned after all those years working in his office.

"For the first time if you've never seen it, and you're sitting in your office and you look out and you see the creek approaching the parking lot, I'm sure there's some concern," Elliott said. "Well we've got a drain, so it's not really ever going to get up to the building, so no I'm not concerned regardless of how much it rains."