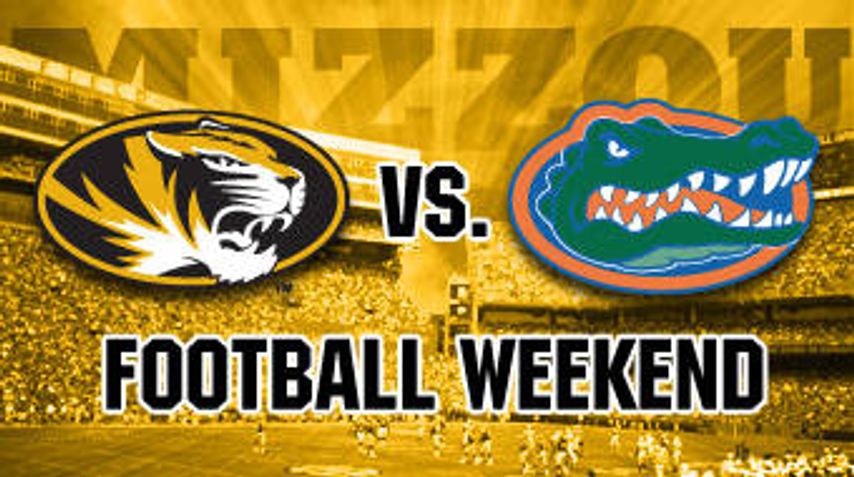 COLUMBIA - Rick Weldon is one of many Florida fans who arrived at least two days early for the Missouri football game on Saturday.

Weldon travels to at least one away Florida game each year.

"First game in Missouri for Florida, we want to make sure we see it," said Weldon.

Weldon flew into St. Louis Thursday, then drove to Columbia, and plans to get a feel for the area before the game.

Weldon said he booked his hotel room at Tiger Hotel in May because he's learned from past mistakes.

Courtyard by Marriott, Fairfield Inn and Suites, The Gathering Place Bed and Breakfast, and Hilton Garden Inn all told KOMU 8 News they are sold out of rooms for the weekend.

Carrie Spicer, Property General Manager at the Courtyard by Marriott, said she definitely saw a spike in the number of Florida fans arriving on Thursday instead of Friday or Saturday compared to other home games.

Spicer said most hotels sell out for every home football game, including the past Big 12 games.

The difference this weekend is the extended stay. Spicer said 18 people, from Florida, checked in Thursday and the majority of them are staying until either Sunday or Monday.

"The fans are more true and more loyal and they'll travel a longer distance to come up here," said Spicer.

She added, "They make it a mini vacation, then go to the game."

Weldon ate dinner at Booche's restaurant in downtown Columbia on Thursday because he heard they've had the "best burger since the 1800's."

Booche's said it attracted Florida fans as early as Wednesday.

Spicer said hotel rooms are also in very high demand for the Missouri game against Tennessee on Nov. 2.