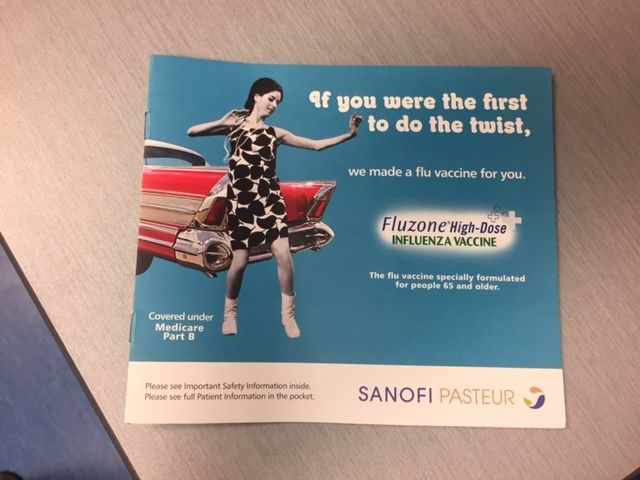 COLUMBIA - It seems as though health care providers are offering the flu vaccine earlier and earlier each year, but getting your flu shot early does not necessarily mean better protection.

In fact, NPR recently aired a story in which immunologist Laura Haynes suggested people aged 65 and older wait to get the shot until late October. She cited a study endorsed by the CDC that found the standard flu vaccine tended to wear off more quickly in older adults. Therefore, waiting to be vaccinated would ensure the vaccine lasts through flu season, which runs from October to May. The CDC has not made any statement officially suggesting that older people wait to be vaccinated.

The Boone County Health Department said it continues to follow the nationally accepted protocol for flu shots, which suggests everyone who can be vaccinated do so as soon as the vaccination becomes available.

"We tend to get our shipments in mid September, a little later than I know some chain pharmacies do," Trina Teacutter said. Teacutter is the Columbia/Boone County Public Health and Human Services Department nursing supervisor. She said the health department sees the bulk of their flu vaccinations between October and November.

Teacutter said the department does not differentiate based on age when to give the shot, however it offers special vaccines for infants and seniors.

The higher dose flu shot is intended for those aged 65 and older. The higher dose triggers a stronger immune response in patients, making it more effective for those with weak immune systems.

The CDC's webpage for seniors and the flu states that in recent years, "between 71 and 85 percent of season flu- related deaths have occurred in people 65 years and older."

Back in June, KOMU 8's Adam Pressler reported on the CDC's announcement that the nasal spray flu vaccine would not be effective this flu season. The health department is not offering that vaccine at all.