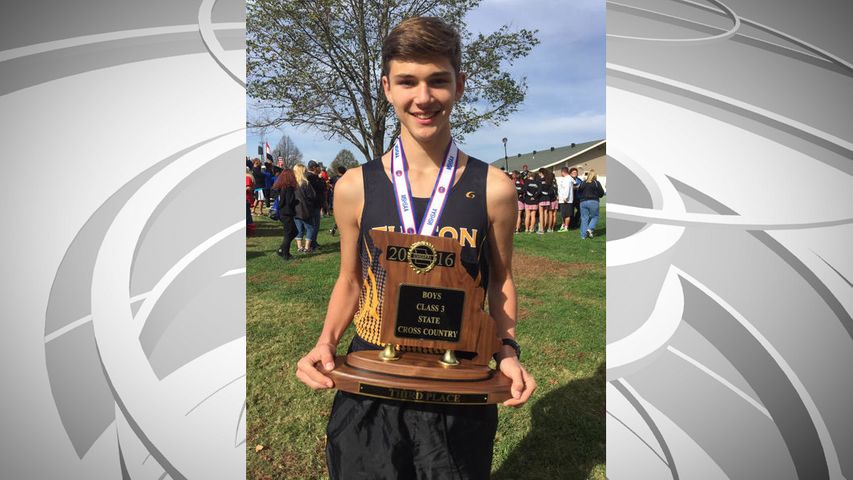 He's sang for legislators in Jefferson City, for basketball games at Mizzou Arena and, on November 24, he'll sing the national anthem before the St. Louis Blues game against the Nashville Predators.

"In my mind, I could do it right now and I'd feel completely fine," Armstrong said, "because it is that much fun. The feeling is good, it's not a nervous feeling."

Armstrong is a sophomore at Fulton High School, where he is involved in theatre and also runs cross country for the team, which placed third in the Class 3 state championships last year.

"For me, my breath support when I'm singing helps me with my running. My breath support and how I breathe during a song is the same as what I do in cross country," he said.

Armstrong was one of more than 600 people to send in audition tapes to the Blues for a shot at singing the anthem before a game in the upcoming season. He was one of 30 to receive an in-person audition and eventually earned a spot in the top nine.

His mother, Donna Armstrong, said she remembers when she first heard from a Blues representative.

"He said, 'Just to let you know, nine were selected but Alex was the top winner,' and I was like, 'That's awesome,'" she said.

Alex Armstrong said, after seeing his competition at the auditions, he wasn't sure if he would get chosen.

"Honestly, I was thinking that I wasn't going to win," he said, "because of all the people that we saw. I'm glad that some of those people did get it."

He said the biggest obstacle he's faced has been his voice changing.

"I didn't take it as hard because I knew it was going to happen and I was preparing myself for it because it was happening to other people," Armstrong said. "It was still really hard to deal with in my mental being because you're used to singing a certain way and it's like, 'Oh no, you can't sing like you used to.'"

Armstrong has adjusted to that inevitability and now has his sights set on Scottrade Center, where he'll sing the anthem in front of around 19,000 Blues fans.

His mother said, "I used to get nervous, but I don't get nervous for him anymore just because of his talent. This is what he's meant to do."

While he's still only in 10th grade, Armstrong said he hopes to one day reach the bright lights of Broadway.

"When you sing during Broadway shows, it's emoting something, it's not just singing a song. It's putting a message across," Armstrong said. "That's what I hope to be doing and that's what I'm working towards."