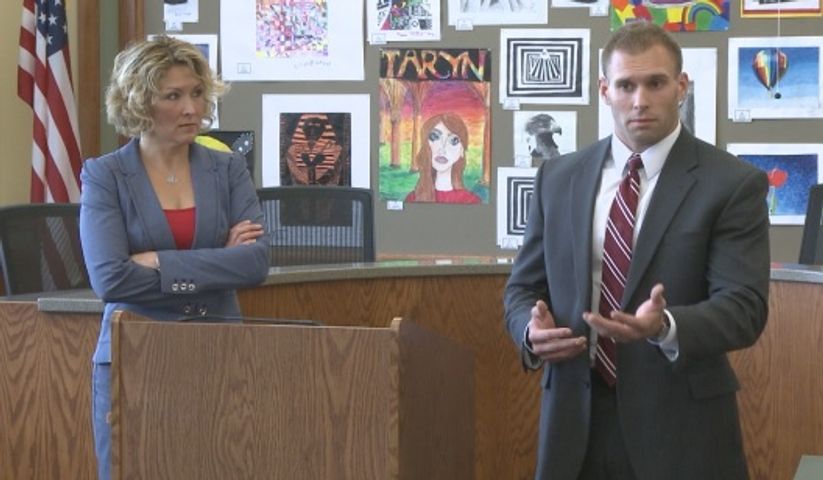 JEFFERSON CITY - The Jefferson City Board of Education announced Tuesday the results from a "behavioral audit."

After concerns from the community and parents, the board started looking for an independent party to look into behavior and discipline concerns, as well as other procedural issues within the school district.

Originally, concerns regarding Moreau Heights Elementary initiated the audit and was the main focus of the audit.

The board hired Shellie Guin of the Kansas City law firm Guin Mundorf LLC. After being introduced by board president John Ruth, Guin presented her findings.

In addition to concerns regarding student behavior and discipline, the audit highlighted four specific action items to be addressed by the school district:

Due to confidentiality concerns regarding students and staff, the board decided in a closed meeting Tuesday to create a separate "executive summary" for the public, which excludes any personal information that could identify a student or staff member involved. Instead, the board released a summary at a special news conference Tuesday afternoon.

Guin presented her findings at the news conference, stating repeatedly that the level of access and cooperation from all parties was exceptional.

"There is a genuineness and passion for education here," Guin said.

Guin also said during her audit, she conducted nearly 30 interviews spanning from November to April. Guin again mentioned the "eagerness to provide information" from both the staff and community.

The report addressed changes in demographics as a main cause for the issues which lead to the audit. The report stated that Moreau Heights was originally built to accommodate 250 students. After renovations, the building has been expanded to fit 437 students.

Today, Moreau Heights has an estimated enrollment of around 430 students, just over half of whom are eligible for free or reduced lunch (55.3%).

Guin also expressed concern regarding leadership turnover within the district, specifically at Moreau Heights. In August, the school's fifth principal in seven years will take over.

The report stated those interviewed during the audit called these compounding issues a "perfect storm."

Regarding concerns of clarity and transparency in the report, Ruth said, "the prudent thing is to let the report speak for itself."

Ruth also said there is a lot of excitement regarding the findings of this report.

"There is an earnest commitment to fix the problems found," Ruth said.

Some recommendations for change included separate, specialized training for regarding student confidentiality issues; high expectations to be established for the staff of Moreau Heights, including clear, hands-on direction from strong leadership; and educating the community and staff ragarding the school district's obligations to educate all students equally.

The board unanimously accepted the report.