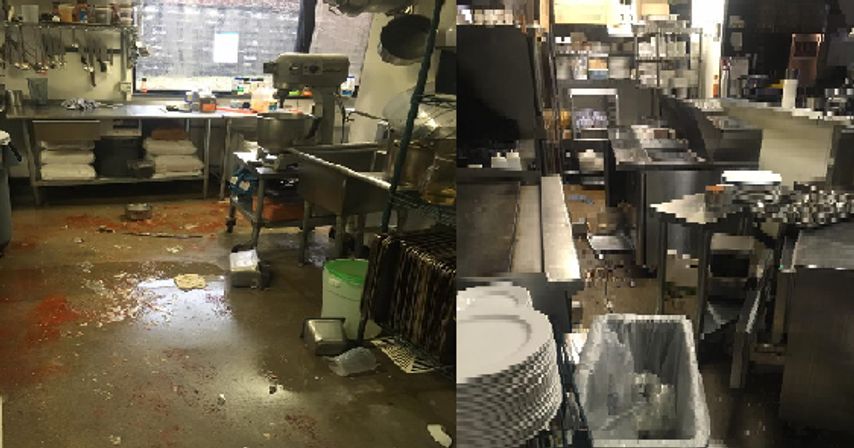 COLUMBIA - Cafe Berlin reopened Monday for brunch, after being closed following a destructive break-in. The break-in on Saturday night had kitchen supplies strewn across the floor, damage to the soundboard used for concerts, and a fridge's glass shattered.

Other local businesses like Pizza Tree, Logboat Brewing Company and Fretboard Coffee offered to help out. They offered cleanup services, pizza, space to continue to conduct business in and coffee.

Manager, Elliot Gay was the one who arrived first and saw the scale of the damage. Gay said he was touched by the outpouring of community support.  "Its been overwhelming the response, its been out of this world, I've been hearing from people all over the world, Japan, Ireland."

Gay said despite people saying it could have been a former angry employee on Facebook, he said he thinks that is not the case. "Everybody that works here has worked here for years and years and we treat each other like family," he said.

Gay said police do not have any leads yet on who it was but they are hoping someone will come forward and take responsibility.