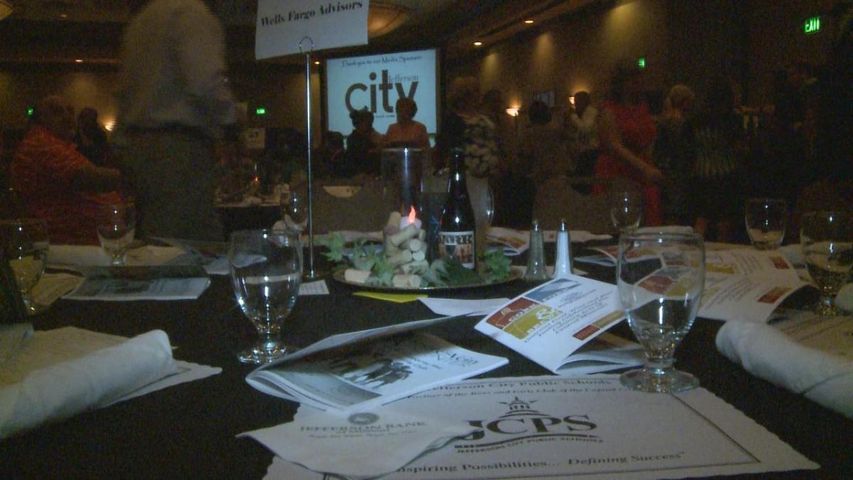 JEFFERSON CITY - Hundreds of people went to the Capitol Plaza Hotel Monday to eat and bid on items to raise money for the Boys & Girls Club of the Capital City.

Cork, Fork, and Brews raises money to help pay for fees for children who attend the Boys & Girls Club in Jefferson City. Chefs and wineries from around the area prepared food and drink samples for the event. There were two silent auctions and a live auction to help raise money for the club. One of the silent auctions was a wine auction in which people from Jefferson City donated wine from their own, private collections.

Tami Turner is the chairperson of the second annual event. Turner said she and others developed the event to eliminate the tuition fees for students at the Boys & Girls Club of the Capital City.

She said the event is important because it helps pay for a club that helps students be more successful.

"There are after school programs there that teach them things such as furthering their education, homework, stability, mentoring programs, programs that are going to help them go out into the community and help them be more successful citizens and move forward with their lives," Turner said.

Mark Schift attended the event for the first time tonight. He said he attended because it raises money for a club he used to attend.

"I used to attend a Boys & Girls Club, so to be able to come here and be part of an event like this is really nice," Schift said.