Food programs offer help while school is out of session 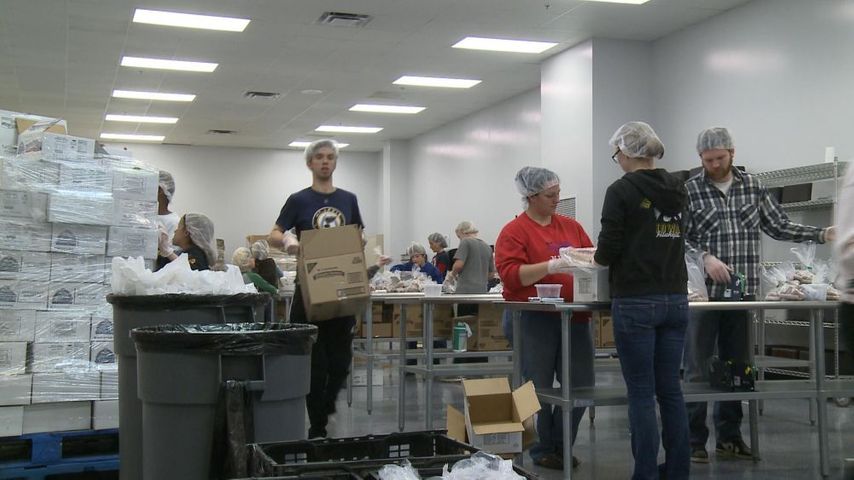 COLUMBIA – During the school year, students who qualify for free and reduced meals depend on the healthy meals the school serves. Over breaks, students need to get food from other programs to make up for the school meals that aren’t provided.

The Food Bank of Central and Northeast Missouri offers a program called Buddy Packs that sends students who qualify home with food every weekend.

“Buddy Packs are a weekend supplemental pack of food that goes home with children that are maybe having a hard time meeting their nutritional needs over the weekend,” Brown said.

She said more packs are sent out over longer breaks.

“What we try to do is send home two packs instead of the usual one just to help kids get over the extra long period of time that they won’t be in school,” she said.

Brown said the school districts decide which students will get Buddy Packs.

“We actually leave that up to the schools since the staff members in the school know the kids a lot more than we do,” she said.

The Buddy Pack program started in 2005 in just three schools. Brown said it has grown to serve 154 schools.

“We’re in 27 different counties throughout our service area,” she said.

Volunteers fill the packs and give them to the schools to hand out to students every Friday.

“We always have two entrees, two servings of fruit, two servings of cereal, we have shelf-stable milk,” Brown said. “We have two snacks that go in every Buddy Pack and then once a month they also get a jar of peanut butter.”

About half of students in Columbia Public Schools qualify for free and reduced lunch.

“USDA studies have shown that there are certain nutrients missing in the American diet,” she said. “And children are less exposed to items such as whole grain breads, grains and also certain types of vegetables that are lacking in the U.S. diet.”

Fullum said the meals are important while students are at school because they give the children energy.

“Energy helps people think,” she said. “You have to have proper energy in order to think because to think you have to burn carbohydrates and utilize the proteins, and proteins are a building block for the body.”

But Fullum said it’s even more important to make sure students continue to get nutritious food even when they’re not in school.

That’s where partnerships, like the one with the food bank, come in handy.

“Obviously we know that students can’t function very well if they’re not properly nourished,” Fullum said. “So I think it’s important as a school district that we partner with groups that will help our student flourish whether they’re in school or whether they’re not in school.”

Brown said the food bank is more than happy to provide help.

“They need help from somewhere,” she said. “So we’re glad to be the ones that are able to step in and help them out with that.”

Fullum said, over the past eight years, the amount of students who qualify for free and reduced lunch at CPS has increased.

Other school districts have seen a similar trend.

Brown said, even though there’s been an increase in students on free and reduced lunch, the Buddy Pack program does not get more money based on the number of students who qualify.

“Our program is limited by the amount of funds that come in to support it,” she said. “Our budget comes from grants, donations, different campaigns that we do throughout the year to try and keep the program going.”

Brown said the food bank has a big budget for the Buddy Pack program, and the program hasn’t seen a strain from the increase in students on free and reduced lunch.