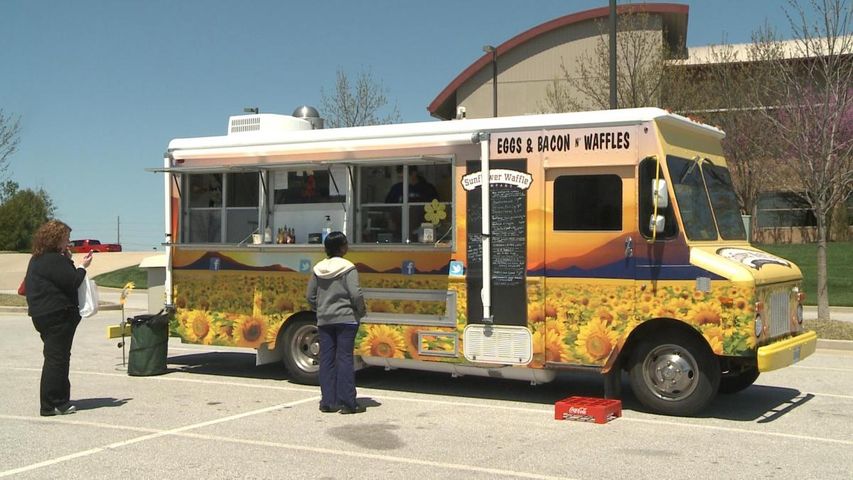 COLUMBIA - As Columbia's food truck industry is getting close to doubling its ranks, lawmakers are looking to create new legislation to organize the movement.

Thanks to a city ordinance passed in the 1960s, even ice-cream trucks are technically not allowed on Columbia's streets. Columbia city councilman Michael Trapp said the ordinance needs to be changed.

"The current city ordinance does not allow any kind of sales on the street so I raised in the council comments section a request for staff to prepare an ordinance that would allow sales from streets in regards to food trucks," said Trapp.

Trapp also said the ordinance needs to be changed since food trucks are not a fleeting fad.

"I thought cupcakes had 15 minutes of fame, but they've been hanging on for a long time so I suspect food trucks meet an un-met need," said Trapp.

Some traditional "brick and mortar" restaurant owners have also expressed concerns about the trucks taking away business, but future food truck owner Bryan Maness says he hopes he can allay these fears.

"I really consider the food trucks, along with other restaurants in Columbia, part of the same larger family of people working the service hospitality industry," said Maness.

In addition, Maness also said the food trucks usually attract a different crowd - instead of attracting the people who want to sit down and eat a full meal, they attract the businesspeople and those who are on the go and in need of a quick lunch or midnight snack.

And it's not just council members who are looking to organize the food truck industry in Columbia - Maness said he's talked to other food trucks in town, and they're in the works of "loosely forming" a food truck association. St. Louis has also formed a food truck association for its nearly 40 trucks. In forming an association, the truck owners said they can better represent themselves as a cohesive group.

Maness's Ozark Mountain Biscuit Co. will serve biscuit-based sandwiches for breakfast, lunch, dinner and late-night options. With his family hailing from Arkansas, Maness hopes to use his Southern roots and grandmother's recipes to come up with fast, locally-produced menu options for those in Columbia.

Current food trucks operating in Columbia include Pepe's, which serves Mexican food like pork enchiladas, and Sunflower Waffle Co., which serves waffles with sunflower seeds folded into the batter. Their specialty is their folded-into-a-cone chicken and waffle with a dollop of gravy.