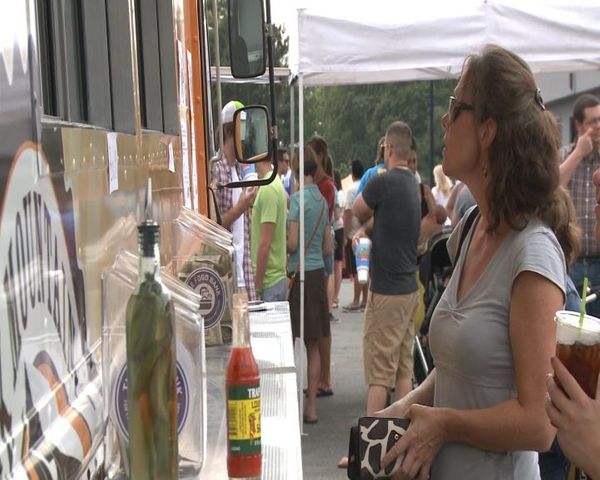 Friday's temperatures did not scare away foodies, but instead did quite the opposite. A majority of the food trucks sold out of their dining options before the event ended.

"If it's a good meal it is worth the wait," Columbia food connoisseur Stephen Dunkin said.

Although this is the first time the event featured a variety of trucks, downtown restaurants did not see much of an impact on their business.

"Honestly we didn't see a change in terms of total sales," Shakespeare's Manager Matt Unverferth said. "One thing that was a little out of the ordinary was that our lunch rush seemed to come a little later than usual, but I don't know if that was related to the Food Truck Friday or not."

Following the event's success, Inside Columbia Magazine, the organizers of the event, announced that Food Truck Friday will take place every Friday prior to Mizzou home football games.