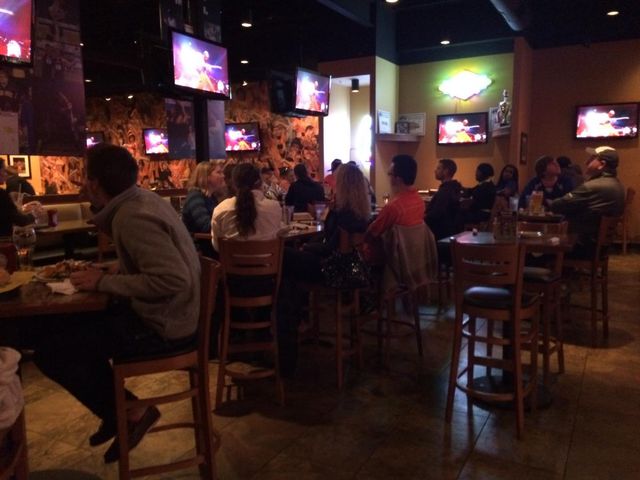 COLUMBIA - One of America's favorite Sundays has arrived. Fans watch it for the ads or to cheer for your favorite team, the Super Bowl is the biggest event on the US sporting calendar and one of the most televised programs of the year.

The Seattle Seahawks won this year's Super Bowl at the MetLife Stadium in New Jersey. It was a special Super Bowl this year, because it was the first time the game was held outdoors in one of the coldest states of America, New Jersey. But weather was no excuse for all the Super Bowl fans out there.

Many enjoyed their food and drinks in one bar in Columbia as they were cheering for their favorite team. Bill Heilenbach is a Seattle Seahawks' fan, who was having dinner while watching the game.

"I love defence and the Legion of Boom is really producing today," said Heilenbach.

Cheryl Helm, who is a Kansas City Chiefs fan, was also supporting the Seattle Seahawks.

"They are a young team and their quarterback is only been in the series for two years and Peyton Manning is not my favourite. He is a great quarterback but I tend to think that he is kinda of a baby when he doesn't do well. You watch him tonight, he is going to be throwing a few baby fits because he is loosing. And he's done it all, he's got plenty of accolades, let the kids get it this time," said Helm.

Many initially cheered for Peyton Manning, Denver's veteran quarterback, who aimed to be the first one to win the Super Bowl with two different teams. Manning won the Super Bowl XLI in 2007 with Indianapolis Colts at Dolphin Stadium in Miami Gardens, Florida.

"I'm actually going for Denver Broncos but there is not much luck there. The Seahawks are kinda killing them," says Julia Floyd, who was out with a group of bikers at a local bar.

The Broncos last won the Super Bowl in 1998, but the Seahawks have never won before.

Many have also enjoyed watching the famous Super Bowl commercials and the famous half-time show, which featured Red Hot Chilli Peppers and Bruno Mars this year.

"I am waiting for the Budweiser commercial. I love the half show, I love Bruno Mars and I like the Red Hot Chilli Peppers," said Helm.

These folks are just a few among the millions of people who have watched the game across the world. The Super Bowl is expected to be viewed in more than 200 countries.