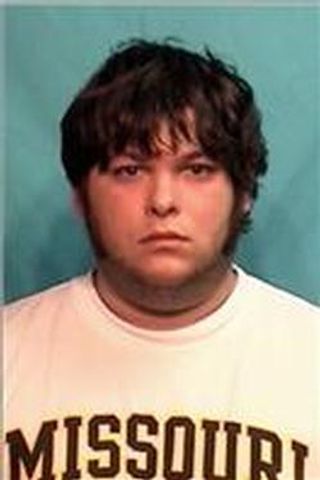 The United States Attorney's Office said Burow must turn over any property used to commit the offenses to the government, including an Apple iPad, a laptop computer, an Apple iTouch, a Blackberry Curve, two external hard drives and other items.

Under federal statutes, Burow is subject to a mandatory minimum sentence of 15 years in federal prison without parole. A sentencing hearing will be scheduled after the United States Probation Office finishes investigating.

United States Attorney Public Affairs Officer Don Ledford said Burow used a false identity as a woman called "Sarah McGee" to trick seven minors whom he knew from his involvement in the Boy Scouts of America. Burow told anyone asking that he knew "Sarah McGee," was her good friend and lived in the same housing complex as her. Ledford said Burow communicated with the minors online using Facebook, Skype and Yahoo and also using a cell phone. The minors were 14 to 17-year-old boys.

Ledford said Burow tricked the victims into sending him pornographic photos of themselves in inappropriate poses or making videos or live broadcasts of themselves engaging in sexually explicit behavior.

The U.S. Attorney's Office reports Burow sent the victims photos of the fake woman in various poses, including nudity. The office said Burow shared the photos he received from the boys to one of the victims and to others.

Court documents showed witnesses claiming they saw Burow carrying and displaying nude photos of young boys on his phone and one witness said they caught him in an inappropriate communication over the Internet. Ledford reported Burow falsely claimed he worked for the Boone County Sheriff's Department's Cyber Crimes Task Force, which is the same agency that investigated and arrested him. He claimed he was helping in efforts to catch predators of young people.

Investigators reported finding several people whom Burow solicited to produce inappropriate photos and videos. Not all of the people sent the photos or videos, but investigators say many did.