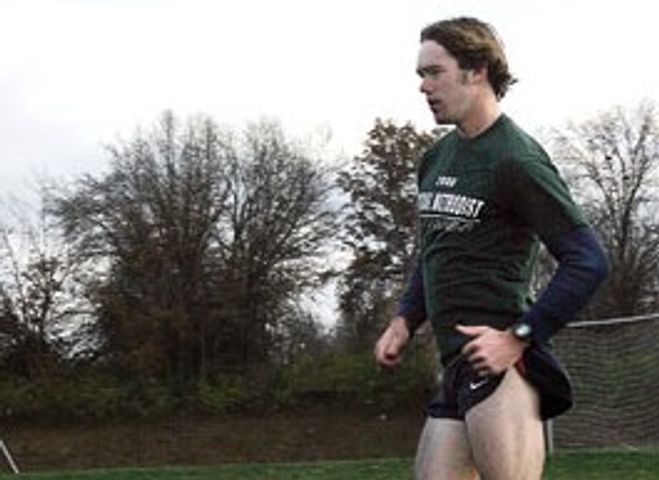 FAYETTE - Patrick Stroupe is the fastest walker in the U.S. He could be in the Olympics next summer, but for now he is just the best walker in Missouri, one with some unusual training partners.

Stroupe is a racewalking farmer, who wakes up at 4:30 everyday to herd his cows. So how does this help him walk? Stroupe answers, "Working on the farm is difficult. I do a lot of uncomfortable things for long periods of time, so I think that mentally helps me be a little tougher in races."

Stroupe trains everyday, walking after the chores are done, but to be competitive and maintain his impeccable form on an international level, he needs to train even harder. Stroupe states, "There isn't very much money in walking and our walkers aren't as good as some of the walkers at the international level." He explains that, "The generation before us had sponsors, but there arent a lot of people out there looking for racewalkers to sponsor, so you've really gotta work hard." Until then, Stroupe will continue working and walking his way toward the next opportunity to compete at the Olympic level.