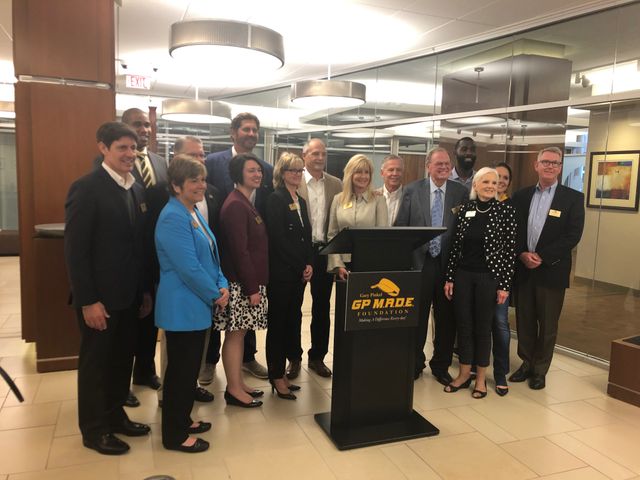 The foundation provides support and research for youth with lymphoma and leukemia, assists youth with physical challenges and aides youth experiencing economic and social challenges through mentoring and scholarships.

Pinkel, who retired in 2015 after 15 seasons, said this foundation holds a special place in his heart.

“I know what it feels like to live with lymphoma and the struggles that one goes through each day,” Pinkel said, “so I can’t imagine what it’s like to deal with something like this as a child.”

Pinkel also cites his sister Kathleen as an inspiration for his foundation. His sister has been in a wheelchair since she was a child.

“Whenever my players had an excuse for something they always heard a story about Kathleen and how she never let any limitations get in her way,” Pinkel said.

In addition to announcing the launch of his foundation, Pinkel announced the foundation’s board members. Former Mizzou and NFL player Martin Rucker was one person named to the board of directors of the foundation. Rucker attributes his success in life and football to Pinkel and is excited to work with him again.

“I was honored when he brought me on to this project because I know how much of an impact he had on my life and I want to do that for someone else,” Rucker said.

GP M.A.D.E. will hold its first annual golf tournament on Monday, June 24 at the Old Hawthorne Golf Course in Columbia. The event is called Inaugural Project 365 and Pinkel plans on raising $365,000 for his foundation.