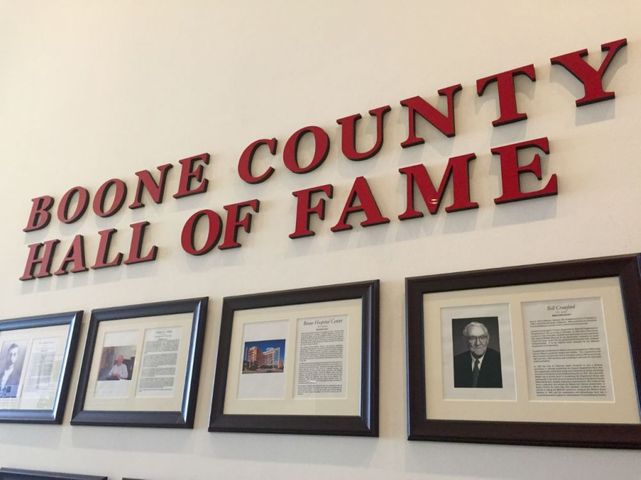 COLUMBIA - One former Columbia City Manager will be welcomed into the Boone County Hall of Fame Thursday evening.

Former Columbia City Manager Ray Beck will be inducted during a ceremony at the Walters-Boone Museum.

Chris Campbell, the executive director of the Boone County Historical Society, said he is very excited to welcome Beck into the hall of fame.

"He made a huge imprint on the Columbia that we enjoy today through his service over the past 45 years," Campbell said.

Campbell said he has spoken with Beck in the days leading up to the ceremony. He said he is one of the most modest men he has ever met.

"I asked him [Beck] 'If your mom and dad were alive today, what do you think they would say about you being inducted into a hall of fame that includes the founder of the University of Missouri and Daniel Boone?'" Campbell said. "I asked him in a couple of different ways and he kind of avoided the question."

According to Campbell, Beck recieved 53 individual nominations from society members. This is the most nominations Campbell has ever seen for a single person.

Campbell is one of three other Boone County greats finding their place in the hall of fame.

Jane Froman, a famous singer and actress during the 1930s, is being inducted posthumously.

"Although she always considered Hollywood her home, she was terrific story," Campbell said. "She is by far the most successful person in the entertainment industry to ever come out of mid-Missouri."

Campbell mentioned a Froman fan will be coming to the induction ceremony all the way from Australia.

Campbell said the event is sold out and plans to seat 205 attendees during the ceremony.