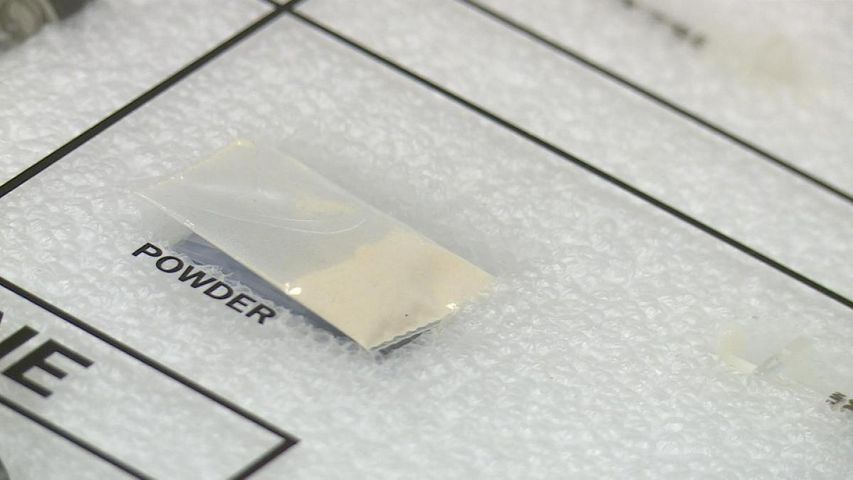 Columbia - A Columbia man who has beat an addiction to drugs says he is hoping to show others there is a way out.

It was a moment McBride later thought he might never recover from.

"I'd never experienced something like that," he said, "and probably nine months after smoking crack cocaine I was in the department of corrections."

But, it was years earlier McBride's path with drugs truly began. He said he used "about a bag of weed" every week for almost 20 years, until he elevated to harder drugs."

"And I couldn't believe it, nobody said anything," McBride said. "We was carrying around fifths of vodka, walking down Worley, drinking them and smoking weed. I said, 'wow, this is the stuff.'"

McBride, 56, was a teen when he came to Columbia. His parents had just gotten divorced, and his mom moved from Fulton. She took McBride with her, taking him away from his old lifestyle and extracurriculars.

In Fulton, he was on the basketball team and was a member in the choir, but that all changed the moment he transfered to Columbia. McBride suddenly found himself trying to fit in and succumbed to the peer pressure.

"We was drinking vodka and smoking weed my first day of school here in Columbia, Missouri, when I was 14 years-old," McBride said. "And from that point on, I continued to use."

McBride said once you're in the drug circle, it feels almost impossible to stop.

He said users wait to feel that high. The hope to reach a high equal to their first, but they almost never get it.

Detective Tom O'Sullivan, who works for the Boone County Sheriff's Department, said the drugs come to mid-Missouri through all means: planes, trains, automobiles. The drug traffic distribution network is essentially the same as any major corporation, he said.

"I can assure you, you don't have to go very far to obtain crack-cocaine," O'Sullivan said.

And just like crack-cocaine, he said, other drugs that are prominent in mid-Missouri, like heroin and methamphetamine, lead nowhere good.

"You know, unfortunately, for a lot of people that abuse drugs, you know, what stops them is the penitentiary or the cemetery," O'Sullivan said.

O'Sullivan said that both K2 and heroin have become more prominent recently. Heroin specifically has made a significant appearance in mid-Missouri because, O'Sullivan said, "It appeals to people of all ages, races and socioeconomic backgrounds. It's a highly addictive substance, so really no one is immune from addiction."

McBride didn't end up in the cemetery, but he did end up behind bars a few times. He said it could have added up to seven or eight visits there.

But something saved him.

"One day God called me, and I went to church, and I knew that was where I was supposed to be at," McBride said.

He said he was called to ministry and spent weeks in his recovery program.

"I was in class and tears would be running down my eyes and I know that something there was this feeling in me that I didn't have to use drugs no more," he said.

He said he relapsed a few times, but quickly got back on track.

He eventually left his AA and NA programs.

"I'm not an alcoholic, an addict, I'm a child of God, favored by the most high God," McBride said.

Now, he spends his time working as a minister and studying for his master's degree. He also works with addicts, trying to help them find solidarity without drugs.

"That's one of my dreams and passions, is to help turn somebody around in a different direction than they're going," McBride said.

McBride is hoping to start a Christian Club in Columbia that addicts can utilize in their effort to become sober.