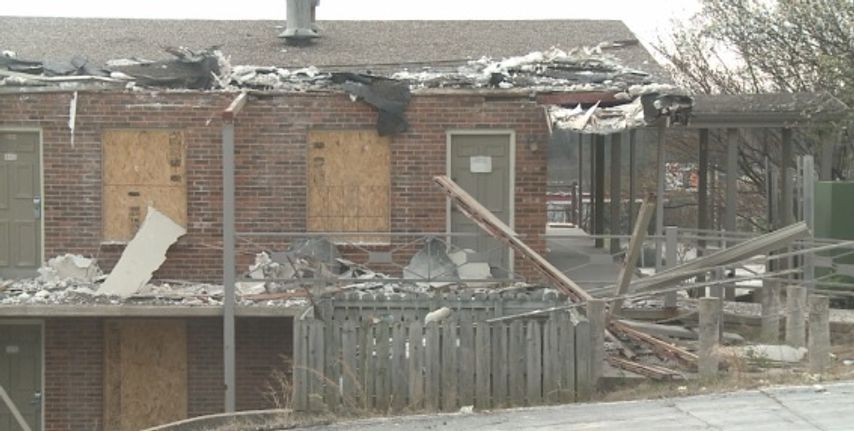 The hotel and convention center was built in 1968. It's being taken down to make way for two new hotels and a conference center.

"The hotel business is much like the car business," said Vic Puri, the owner of the property where the Truman stands. "You have to have the state of the art product. It has to be new it has to be fresh. It has to have all the bells and whistles and if you don't you're not gonna get the return on investment that you need."

The Jefferson City Housing Authority adopted a plan to renew the area in January.

Jeff Wohlt was the general manager of the Truman Hotel when it closed. He's now a manager at the Double Tree hotel in downtown Jefferson City, but has fond memories of his former workplace.

"It was just a really great icon for Jefferson City," Wohlt said.

The Union Pacific Railroad had a contract with the hotel until February 2014 allowing railroaders to stay in one of the buildings at the hotel. That building was taken down this week.

"We had railroaders stopping by and taking pictures," Wohlt said. "I think a few tears were shed just to see that building go down, because that was their building."

The Jefferson City Convention and Visitor's Bureau said the plan to bring two new hotels would allow it "to accommodate additional visitors and groups to Jefferson City, which will in turn have a positive economic impact on our community."

"We're the capital city and we do have a lot of conferences in," he said. "We'll be able to attract conferences from across the state. Those people will then stay in the hotel, pay lodging, and also lodging tax, and then they'll go out to restaurants and everything else."

Tearing down an historic hotel, though, doesn't come without emotion.

"I've had many comments of kids and adults coming back through," Wohlt said. "They worked as a banquet server there, they worked in maintenance."

The plans on what hotels will move into the new space aren't set in stone yet. The new construction should be done in about 18 months, according to Burkardt.