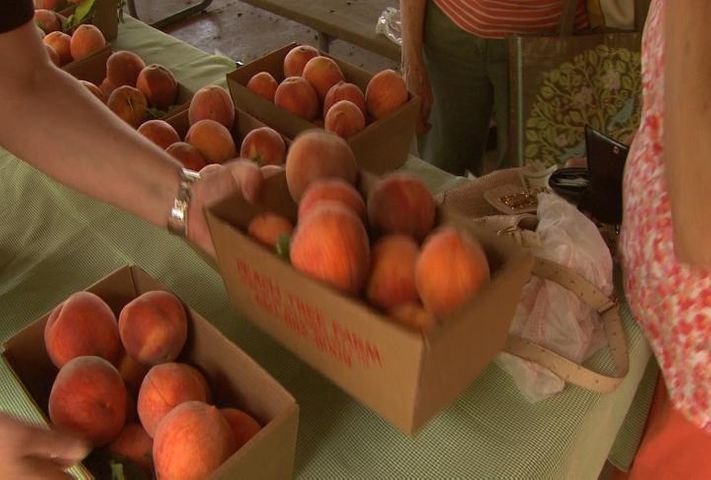 COLUMBIA - Former members of the Columbia Farmers Market who were expelled for violating regulations said other vendors who break the rules go unpunished.

Chuck Bay, owner of Wilson's Garden Center, who was recently expelled from the Farmer's Market, said there is always suspicious activity occuring with the vendors, such as the selling of food not grown locally.

"I think thats always been a sort of under the radar thing," Bay said. "It has gone on as long as the market's been going. A constant temptation for folks. And the culture at that particular market seems to foster it a little bit."

The market's board of directors expelled Bay recently for selling what it deemed were 'pre-finished plants" from produce auctions. A pre-finished plant, also known as a plug, is a young plant with an independent, well-established root system.

Bay said the rules do not clearly describe the definition of a pre-finished plant, but he has been selling the same type of product for years.

"I've certainly seen instances where, things have been at the produce auction, and a very similar thing has showed up a few days later at the farmers market," Bay said. "I would assume that there is certainly some of that going on."

But market officials said a new system is in place to help prevent this issue from reoccurring. John Corn, head of the market inspection committee, said he now takes photos of the produce, while the vendor is setting up, to inspect the products more closely.

"The process consists of several steps," he said. "We document what we sold every week with a digital camera, and take a picture of everyone's produce with the camera. And this process works quite well."

Another way the market determines if the food is locally grown or not, is to talk to the vendor about their produce.

"Talk to that grower, ask them the variety, ask them when it was started, what their requirements were, how do you fix it, just see how much they know about it," Corn said. The majority of the farmer's market is based on a honor system, he said, and it can be hard at times when people begin to make accusations.

But Rhonda Borgmeyer, a recently expelled board member, said she believes the market's board of directors is unreasonable.

"Someone told me a couple of vendors told me they can't stand it when I have a long line and they get upset about it," Borgmeyer said. "I've known from the beginning there were a couple of vendors that have been out for us, I guess you could say. They just didn't feel we were growing our produce, because we were bringing good looking produce. But you're always going to bring your best stuff."

Borgmeyer, like Bay, said she feels she was expelled based on false accusations and hopes to rejoin the market by next year.