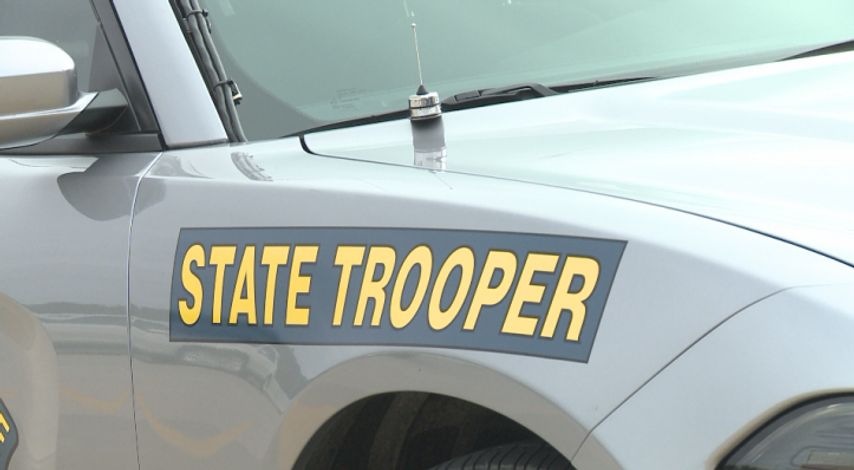 LAKE OF THE OZARKS - A former Missouri State Highway Patrol sergeant called for a complete overhaul of the agency after two investigations he said it "botched."

Former Sgt. Randy Henry said the Highway Patrol failed at its attempts to investigate the 2014 drowning of Brandon Ellingson and the 2012 wrong-way crash involving Kelli Smith.

Ellingson drowned while handcuffed in patrol custody. Anthony Piercy arrested Ellingson for boating while intoxicated and Ellingson fell into the water from Piercy's boat. Henry said the death could have been avoided.

"Tony Piercy operated his boat in a careless and reckless manner," Henry said. "They say it's a lack of training on applying the life vest, but he did it right the week before. He also delayed for an extended period of time before jumping in after him."

Henry called the actions "a lack of courage." He also said the Highway Patrol worked to cover up the incident afterwards. He said he was told not to retrieve any emails on his state computer or write a report, even though Piercy called him after the incident.

"Most times, police officers would do a report on that," Henry said. "He told me some pretty damning things, and there's no written document on it because the patrol decided they didn't need a report from me."

He also said there was a discrepancy in Ellingson's blood samples. The patrol's sample measured his blood alcohol content at .243. A later sample from the hospital measured at .268 with traces of cocaine. Henry said the patrol requested the hospital's measurement be used in court. He said they did this in an attempt to discredit Ellingson.

"Once he's in custody, it don't matter if he's sober or falling down drunk," Henry said. "Matter of fact, the higher the alcohol level, the more care should've been done."

Henry also had concerns with the wrong-way crash on I-70 that killed Thomas Sullivan in 2012. The driver of the car, Kelli Smith, was convicted of involuntary manslaughter in 2014. Henry said the patrol failed in its attempt at a rape investigation and possible drugging that could've led to the crash.

"Kelli Smith was unconscious at the hospital. She couldn't tell anybody she was raped. That was the doctors and nurses who had told the family she had been raped," Henry said.

Eric Stacks was the lead investigator for both of the cases, and told the court at Smith's trial that the patrol took a "look-see" at the possibility of rape.

Jennifer Bukowsky represents Smith, and she said the patrol's search for date rape drugs in Smith's blood was problematic.

"Instead of looking for known date rape drugs in small traces, they ran a test for any kind of prescription or recreational drugs," Bukowsky said. "They used up all the blood in the process, so there wasn't any blood left over for us to get a proper date rape drug test done."

The Highway Patrol has admitted it didn't store Smith's blood sample according to protocol. Instead of refrigerating the sample, it sat in a file cabinet for over a week.

"The blood testing that was done here is on a sample that's mishandled and contaminated, potentially," Bukowsky said. "Our expert says all of the .085 blood alcohol content within the sample could be attributable to fermentation."

Bukowsky and Smith won an appeal and a new trial for April 27.

Henry said the case can never truly be closed without looking further into the possibility of Smith being drugged and raped. He said the patrol was negligent in moving past the possibility.

"They all wanted justice for Mr. Sullivan. Everyone does. They didn't get it," Henry said. "There are more people responsible for the Kelli Smith crash than just Kelli Smith."

Bukowsky agreed and said, "Adding to the tragedy of this case is that we don't really know and we can't really know who perpetrated a sexual assault against Kelli."

Henry said he thinks there should be a complete overhaul within the agency. He said the Highway Patrol chose to investigate its own actions in both cases, without bringing in outside agencies. He said he thought its investigations should've been "100 percent forthright and transparent."

He questioned whether the investigators in both cases were the right people for the job.

"If these people are not capable of doing investigations, we need to have someone else in there who can. There are plenty of capable people in the Highway Patrol who can," he said.

The Highway Patrol said it cannot comment on either case since they were both still ongoing. A spokesperson also said it would not comment on Henry's remarks.

In a statement, Captain John Hotz said, "the Highway Patrol's Division of Drug and Crime Control is a highly trained, professional and respected investigative entity. Patrol leadership understands investigating and solving crimes is a cooperative effort between the public and law enforcement and will continue to provide the necessary resources to support this important responsibility."