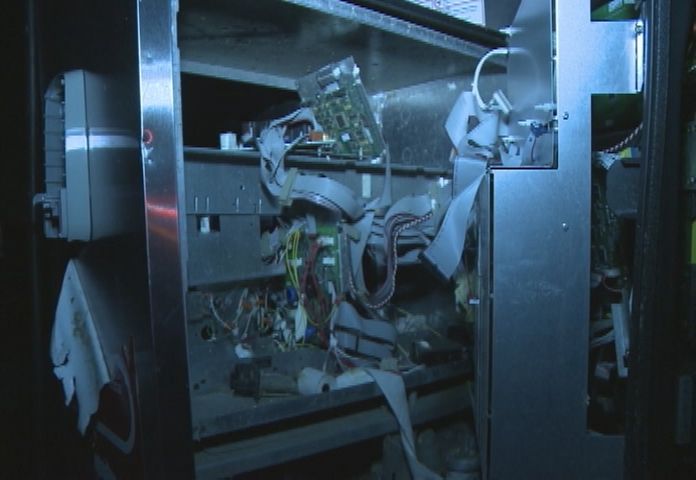 JOPLIN - There's a video on Youtube with nearly four million views. 18 people packed a the cooler of a Joplin gas station as the tornado ripped through town. Two weeks later, the video still gives you the chills. But on that fateful day, not every story had a tragic end. And one 18 year old knew how to keep his cool.

Tonya Frost, Aaron's mother said, "There are no words to describe how important and miraculous that moment was."

Marvin and Tonya Frost waited for their son to arrive, who graduated from Joplin High School just hours before.

To find her son, Aaron frost, Joplin's starting quarterback, and second all-time passer in school history. But on a Sunday afternoon in May, Aaron's leadership went beyond the huddle. Beyond the expectations of an 18 year old. And beyond the two words nearly four million have heard.

Marvin Frost, Aaron's Father said, "Was headed west right into the storm and his mom told him to get into..somewhere"

Aaron Frost said, "So my girlfriend and I stopped in at a gas station on 20th and Duquesne."

Allie Peterson, Aaron's girlfriend added, "When we were first driving down the road, we werent going to pull over. You think, we're Joplin, we're the smallest town. It's not gonna hit us."

Aaron, "We went in there last minute. And decided to get into the cooler pretty much while the tornado was hitting."

After the tornado hit, Aaron's parents were notified he was ok.

But Aaron's girlfriend, Allie Peterson, could not find her mom and dad. "I thought they were dead honestly. I mean just with how many people were dead and not knowing if we could get there. If they were injured they wouldn't get help. It was a complete miracle to find them."

Peterson found them three hours later under the rubble of their home. Fortunately, no one was hurt.

As for the Frost family..."Where we go from here...We just keep raising a great kid."

A kid you can hardly say is a kid...Anymore. Aaron will continue his football career at Missouri Southern this Fall.