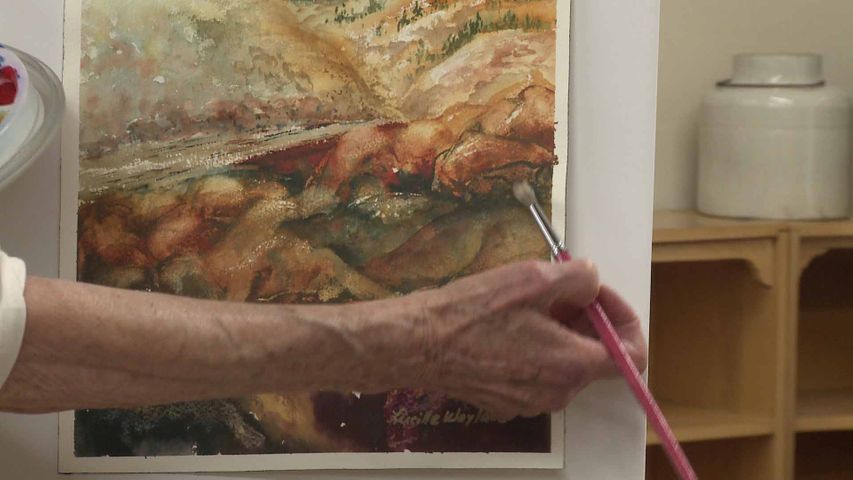 COLUMBIA - After owning her own sewing business, Lucille Wayland took up painting later in life. She now paints with watercolors and sells her work to the community.

Wayland used to have a segment on a KOMU-TV program called "Of Interest to Women" hosted by Esther Griswold. She instructed viewers on sewing techniques. She began appearing on the show in the late 1950's.

"It was a wonderful experience for me, and to this day I still have people telling me they used to watch me on Esther's show," Wayland said.

Wayland also donates her creativity to charity. She currently knits sweaters for a program through First Presbyterian Church in Columbia. The program donates the sweaters to children during the winter.

After recently moving, Wayland will auction off many of her paintings Friday, April 15. For more information about the auction visit http://www.auctionzip.com/Listings/1092306.html.