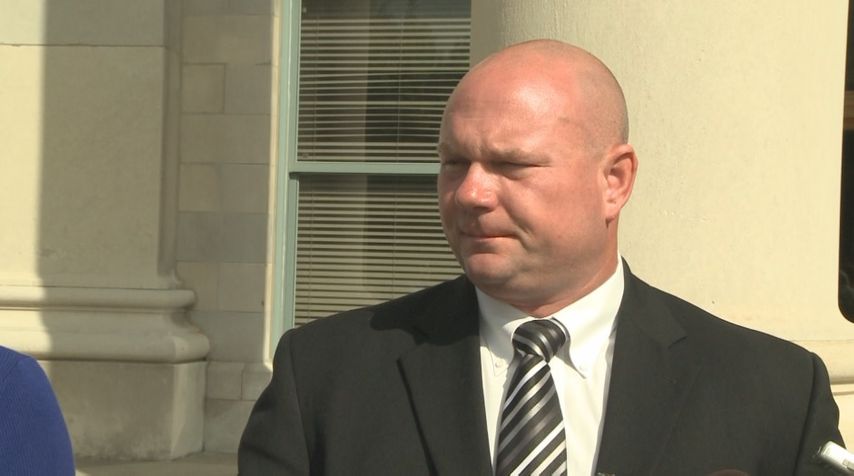 COLUMBIA - Former Columbia Police officer Rob Sanders testified on his own behalf Thursday in his lawsuit to get his job back. He was fired seven years ago for using excessive force against a suspect in a holding cell.

Sanders admitted he used a two-handed maneuver against Kenneth Baker, but said it met procedure. The scuffle is shown in a video. Sanders can be seen shoving Baker, who was in distress after being pepper sprayed.

Sanders rejected suggestions he did not attend to Baker in the 12 minutes before medical help arrived.

Before getting into the building, Sanders said, he ran the water hose over Baker's face to relieve his pain from the pepper spray and then later tried to find decontamination wipes.

At one point in Sanders' testimony, city attorneys asked him about a joke he made with other officers about Baker. Sanders had said "let's just say he lost round two." Sanders testified he does not believe the remark was inappropriate.

Also on the stand Thursday, Police Chief Ken Burton, who testified he thinks it would be a mistake to rehire Sanders.

Burton concluded in his initial report, that Sanders' "treatment of the prisoner was abusive and improper" and his "use of force was unreasonable."

Burton testified it was not necessary to use that amount of force since Baker was locked in a cell.

He said Sanders wanted to be right all the time and believed everyone else was always wrong. Burton said it was "obvious" that Sanders did not see a need in following guidelines as an officer of the department.