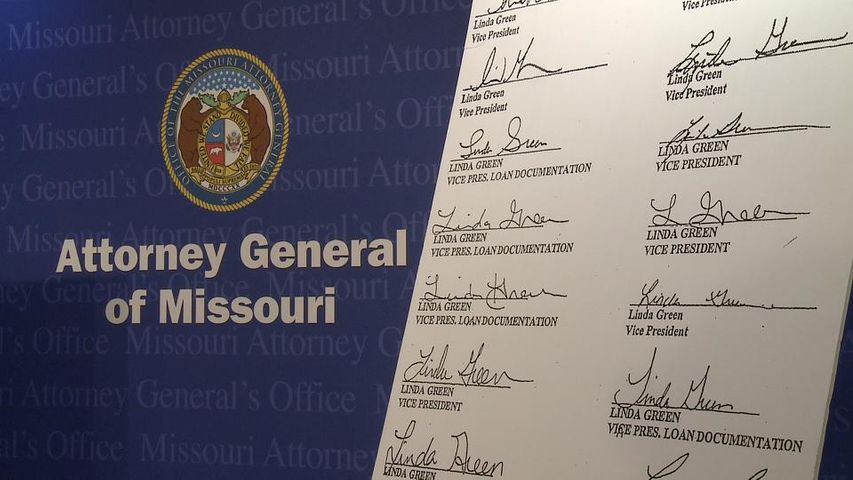 JEFFERSON CITY - Attorney General Chris Koster announced a plea agreement Tuesday between Lorraine Brown, the former president of DocX, and the state of Missouri. The agreement will put Brown in prison for two to three years.

Between the months of March and October 2009, DocX employees allegedly forged signatures on thousands of mortgage documents resulting in many foreclosures, according to the attorney general. Koster said before 2009, DocX practiced similar signing forgery.

"DocX's robo-signing practices were the worst in the country. Surrogate-signing crosses the threshold into criminal activity," Koster said. "This agreement brings to justice the person most responsible for these activities and upholds the principle that when you sign your name to a legal document, it matters."

Documents from DocX provided home foreclosure services to many banks and lenders around the country.