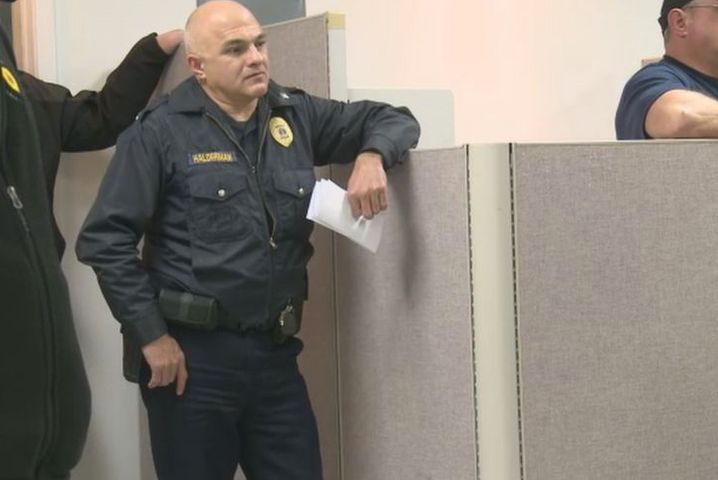 COLUMBIA — Greg Halderman, the former police chief of Sturgeon, filed an appeal with the Missouri Supreme Court for wrongful termination.

The city of Sturgeon removed Halderman from his position on March 27 with a 3-to-1 vote by the board of aldermen.

However, Halderman's lawyer said the hearing was not just because Halderman did not get the chance to cross-examine witnesses.

"They gave him notice of the grounds they alleged that would be grounds for his removal and then they had a hearing but at the hearing, they didn't present any evidence against him," Hirtch said.

Halderman, 10 witnesses, and his attorney supported Halderman at the hearing. The board of aldermen did not call witnesses in opposition of Haldermn.

"The only basis for the removal that they cited were documents that were never introduced in evidence and contain hearsay from people who weren't at the hearing," Hirtch said.

Now, Halderman is appealing to get his job back.

"What we've asked for is that he be reinstated as chief of police, that he be given back pay, the time he's been out of work and we've also asked the courts to assess damages," Hirtch said.

Halderman was accused of alcohol abuse on the job, harassment of prisoners, and for pointing a gun at another police officer.

Halderman said some of the charges are untrue or have been dropped, but Halderman does not think he was fired as a result of those allegations.

"We believe that chief Halderman was actually removed from office for things that he can't be removed for," Hirtch said.

Halderman said former Mayor Gene Kelly and former alderman Tyler Patterson asked him to perform an illegal background check on a black candidate running for the mayoral seat, which Halderman refused to do.

"That's not something that's proper law enforcement," Hirtch said. "You can't use those kinds of tools for that reason."

However, the city's attorney Jeffrey Kays said otherwise. He said Halderman was asked to check if the candidate had a felony conviction based on suspicion from locals.

"Nobody asked Mr. Halderman to do anything illegal, Kays said. "Mr halderman's refusal to confirm that a mayoral candidate had a felony conviction was not one of the reasons cited for his removal."

The city of Sturgeon has until May 15 to decide whether the Missouri Supreme Court will have jurisdiction over the case.

"He was a popular police chief and really that 's all he wants to do," Hirtch said. "He wants to get back to work for the people of Sturgeon."