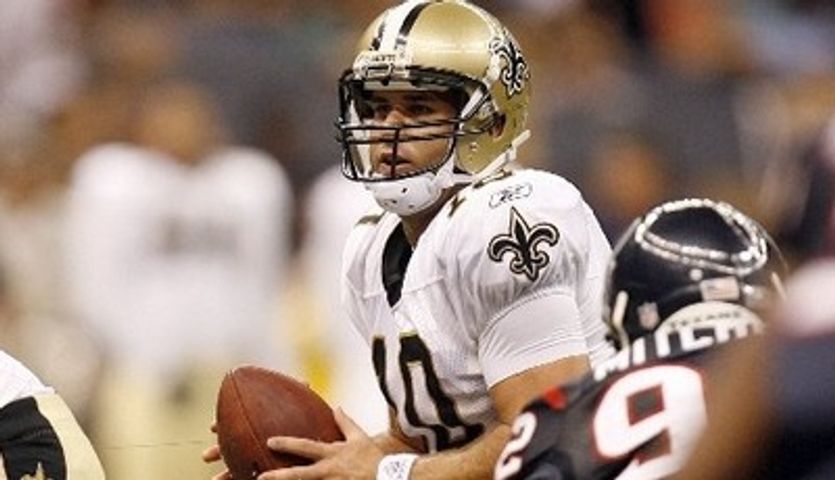 COLUMBIA - A former Mizzou football player made his way back to Columbia this weekend.
KOMU 8's Drew Brackett tells us how the former Tiger is back in the state of Missouri in more ways than one.

One of the greatest Missouri football players in history. A quarterback that finished 4th in the Heisman voting held a youth football camp in Columbia this weekend. Chase Daniel was back at his old stomping ground helping kids learn the game of football and life lessons.

"Not only fundamentals of football, obviously we're coaching those hard out here today. This camp, I want it to be fun but I also hope they can get some stuff out of it, get some things they can take home," Daniel explains. "I think for us a lot of it is, stay in school, make sure you're honest with each other like Coach Pinkel said, make sure you don't bad talk each other. Things that really, the game of football teaches you, that these kids need to hear from someone other than their parents."

Daniel recalled where he got help with his football skills.  "I remember going to Troy Aikman's camps, he goes don't let anyone ever tell you that you can't do something. Whatever you set your mind to, you can achieve. You just need some confiedence, you need your swagger. I remember it like it was the other day." And the reminicing will continue.

Over the NFL offseason, Daniel signed a 3 year, $10 million deal with the Kansas City Chiefs. This upcoming NFL season, Chase Daniel will play backup to Alex Smith instead of Drew Brees. However, Daniel says he still plans to bring the knowledge he learned from Brees with him this year. "Drew means a lot to me and he's one of my best friends, being with him for four years now sort of really taught me how to think, act, eat, sleep, breathe like an NFL quarterback and how to prepare. And I'm going to take all those things he's given me and really try to impliment the same things with Alex. Me and Alex have already started forming a great friendship, I'm excited to play with him."

Daniel is looking forward to playing closer to where he spent his college career. "Bringing football back into the state of Missouri on a professional level - especially in the Kansas City area - obvoiusly the Rams have their area over in St. Louis," said Daniel. "But I'm excited to see the fans again, the Missouri fans out, the Chiefs fans coming out in full force."

And Daniel hopes he can help get the Chiefs back on track. He and the team start training camp on July 26th.