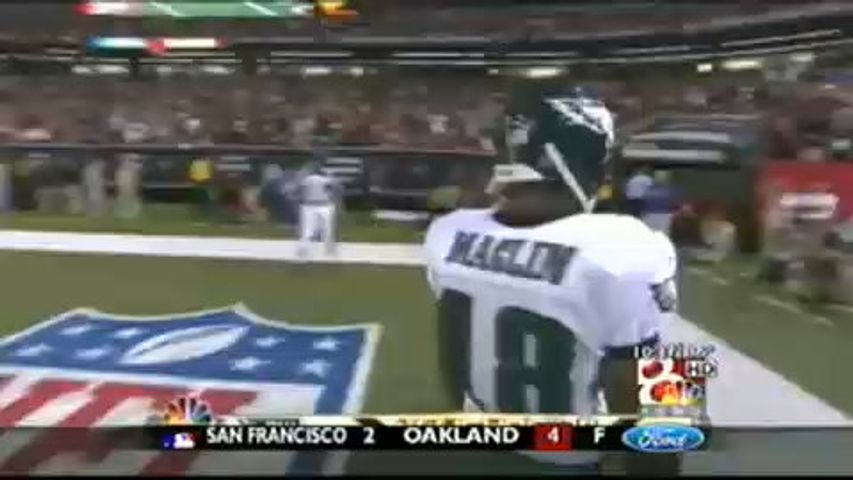 Former Mizzou football players don't just see each other during the NFL season but also during the summer when they hold football camps.

Komu8's Ashley zavala is in New Jersey and caught up the former Mizzou receiver enjoying an offseason more quiet than last year.

Zavala: "Thanks so much Eric, I'm joined by Jeremy Maclin, he's coming off his otas and minicamp. How did all that go?"

Maclin: "It went good, I'm on a mission to prove we're better than last year and we're looking forward to training camp."

Zavala: "Last year you suffered an illness what was that like?"

Maclin: "I was cool about it, but in reality it was more of a problem than i let on. What's the big deal? The fact that they couldn't rule out lymphoma and what not, fortunately everything worked out for the best."

Zavala: "What's the difference between last season and this?"

Maclin: "Complete 180, now I'm healthy, I've been working out with the team. No lockout. Everything's fallen into place. It's time to take advantage of it."

Zavala: "Last season did you feel like you couldn't have the season you wanted?"
Maclin: "I won't say that. I knew it'd be more challenging, but I'm up for any type of challenge to test myself and test my character. But it makes it a lot easier not having anything to wrory about."

Zavala: "Ok off-season right now you're hosting a couple camps. Can you just tell us about that?"

Maclin: "I have a camp here in South Jersey and then another one in St. Louis. It's for kids to get a chance to see that they can do anything if you put your mind to it."

Zavala: "So one's here in South Jersey and one's in St. Louis, why's that?"

Maclin: "Because this is where I play at, but St. Louis is my home. You know, I love both cities. I'll always be a St. Louis boy, but at the same time, I love the area that I play for and I love the town that I'm in."