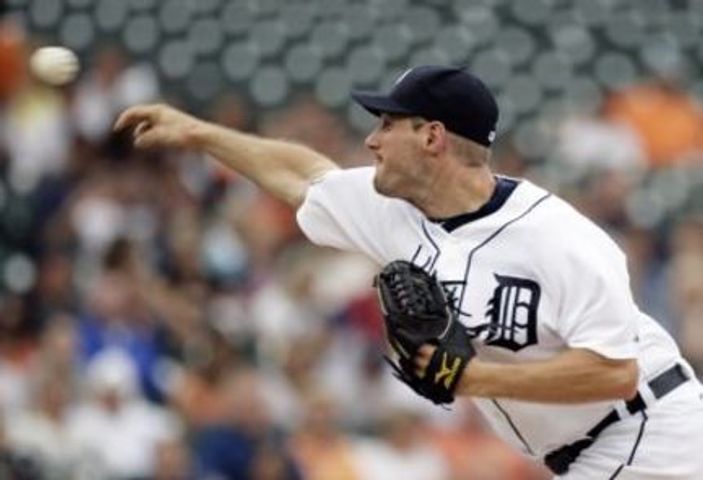 Max Scherzer faced Carlos Corporan in the top of the 2nd. Corporan smacked a solo home run to right, only the fifth homer surrendered by Max Scherzer. Puts the Astros up 1-0.

In the top of the 4th with Detroit up 4-1, Max Scherzer called for a ball by home plate umpire Jeff Nelson. That sent Jake Elmore to third for Houston. In the same inning, Carlos Pena singled to shallow center, and Jake Elmore comes home to make it 4-2 Tigers. J.D. Martinez made a home run to left in the end of the inning to bring the Astros up 5-4.