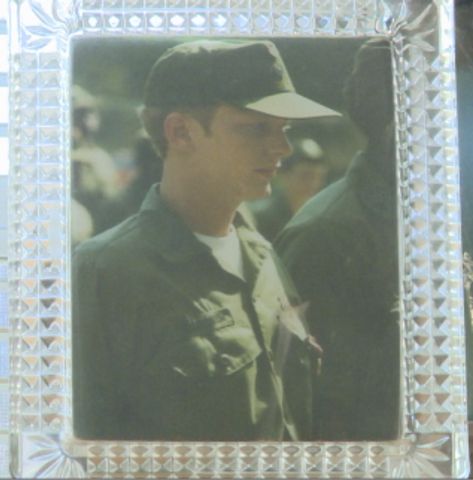 COLUMBIA - A formerly homeless veteran was shocked to hear that veteran homelessness has significantly declined.

According to notes from a Homelessness Public Engagement Meeting on Feb. 19, homelessness for United States veterans dropped by 45 percent or about 35,000 veterans since 2009.

"I didn't know it was as bad as it was, and to hear that the homelessness is down is surprising to me," said Scott Gardner, formerly homeless Army veteran.

Gardner became homeless in the summer of 2017 after a divorce, losing his job and having about $200,000 of debt. He was connected to Welcome Home, a Columbia nonprofit veteran organization and shelter. With the help of the organization, Gardner was able to move into his own place in January 2018.

Though Gardner is in a better position, he said he still sees many homeless people around, which made the new information surprising.

"I see people walking by here 25 times a day who are homeless people," Gardner said.

According to a report by the U.S. Department of Housing and Urban Development, the number of veteran experiencing homelessness decreased by about 2,100 people between 2017 and 2018.

Gardner described his experiences trying to avoid homelessness and seeing his peers deal with the same problem.

"I found myself in situations throughout my life since I got out of the service when I was close to being homeless. I always seemed to figure out some way to work my way through it," Gardner said.

Gardner would contribute to the decline of veterans experiencing homelessness, but he said some days are still hard.

"There's some days when I'm great, and I'm really grateful for what I have. It's been a challenge at times," Gardner said.

Gardner said he's glad to know that fewer veterans are experiencing homelessness, but he doesn't see it reflected in the community around him.