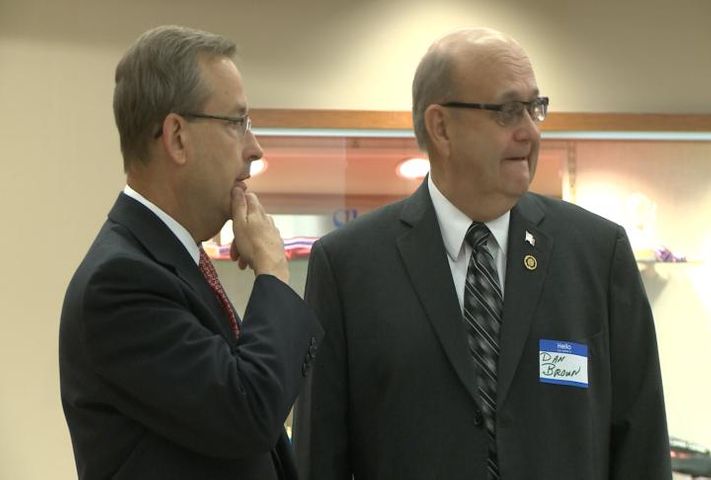 WAYNESVILLE - A Fort Leonard Wood Regional group is strategizing and supporting the four county region around the military base to fight budget cuts made by the Army. Sustainable Ozarks Partnership (SOP) started its annual meeting Thursday to plan improvements for the quality of life, business climate and job opportunities in the region.

The meeting focused on sustaining and growing the region, specifically, because of the Army's decision to cut 885 job positions by 2017 from the Fort Leonard Wood region back in June.

"We think it is a high-quality place for the Army to do business," Driskill said. "One of those indicators is the cost of living in this area, which is substantially lower than most other places around the country. We know that the cost of doing business and Army installations in many parts of the country is much greater than here, and as a result, we want to keep saying that to the Army."

Driskill bases the statistic off of "Sperling's Best Places," accessed in April. The Cost of Living Index used measures the relative costs of food, housing, utilities, transportation, healthcare and optional expenses. Food Leonard Wood's Cost of Living Index measured an overall score of 87 compared to the U.S. average of 100.

The rest of the meeting touched on more strategies to reach SOP's goal for the region.