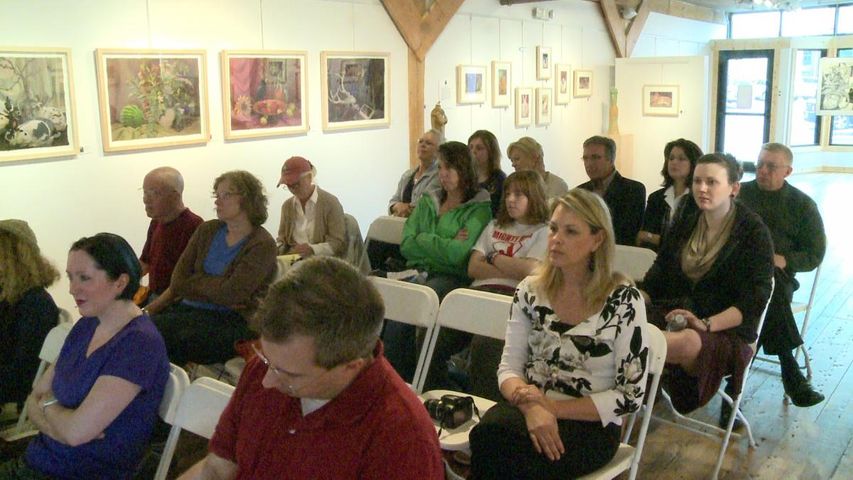 COLUMBIA - Dr. John Viator tries to listen to cancer.  While he can't hear the cancer cells himself, the devices he use can decipher laser-induced ultrasound waves.  Viator's expertise is lasers. He's worked with them for 20 years.  Now he uses them to detect cancer on the cellular level.

"So instead of waiting for the secondary tumors to form, we're going to catch them as single cells in the bloodstream," said Viator. "So we're going to buy the patient months or possibly years of earlier detection of their disease."

Usually, doctors have to wait months to see if a larger cancer cell will develope. Viator's device can now detect single melanoma cells in the blood stream long before tumors can form.  And although his device is used for melanoma cells right now, he hopes it can be used to detect other forms of cancer in the future.

"Absolutely this is a breakthrough," said Viator. "You're going to be finding cancer, monitoring cancer in a very simple and inexpensive way that's very rapid and gives good diagnostic and prognostic information."

Viator will take a blood sample and put it through his photo-acoustic laser device. The melanin within the cancer will then absorb the light and send back sound waves that Viator can detect.

In pre-clinical trials Viator says the results are "astounding."

"We are finding these melanoma cells spreading through the body," said Viator. "We are capturing them and performing tests on them to verify the nature of the melanoma disease."

Viator says his device will begin undergoing clinical trials this year as a process to gain FDA approval.

In front of about a dozen people at the Perlow-Stevens Gallery, Viator presented his breakthrough.

Kazmierczak, who has a PhD in microbiology, said Viator's research is interesting and Viator gave a very good talk.

The forum was sponsored by Missouri Cures and the DeSpain Caycee Dermatology Center.

"This is the best time to be alive," said Margaret Tollerton, the Outreach Director for Missouri Cures. "Medicine is being moved forward by visionaries like Dr. Viator.  I just feel privileged to bring talks like this to Missouri."

Viator said he hopes his device will be available for physician and hospital use anywhere from one to five years.