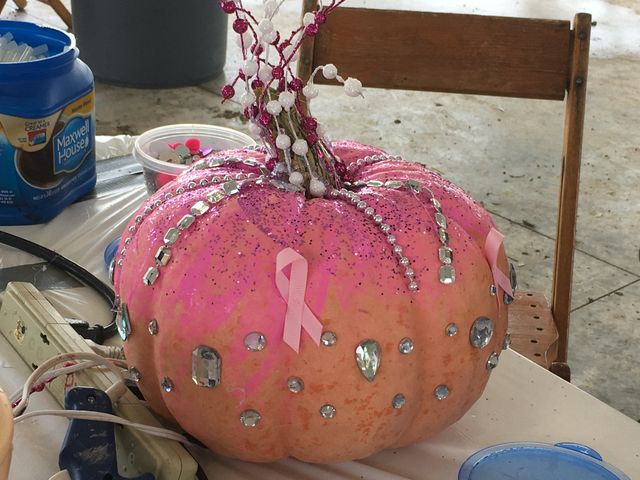 COLUMBIA - October is breast cancer awareness month, and one foundation got a head start on spreading awareness.

Alisha Moreland, founder and organizer of the pumpkin painting party, began the event in 2007. Moreland was working as a graphic designer for the Columbia Daily Tribune when her manager was diagnosed with breast cancer after finding a lump on her chest in the shower.

After enduring a long battle with cancer that included chemotherapy through a surgically implanted port and radiation treatments, Moreland's manager finally beat the cancer.

However, the battle made Moreland think: Would it have been easier to beat if her manager had caught it earlier? That was when Moreland was inspired to spread awareness about breast cancer.

Moreland, her family and volunteers are nicknamed the "Pink Warriors."

Every October, the Pink Warriors spray paint and decorate hundreds of pumpkins with creativity and an artistic flair. They then attach a note to the pumpkins that reads, "Encourage a woman you care about to get her mammogram, or schedule yours today!"

When each painting party concludes, Moreland sends everyone home with pink pumpkins to put in places where people will see them, such as gas stations and doctors' offices.

"If we can help...just a little bit of encouragement," Moreland said. "Even if it is just a little pink reminder to help them; that's our way."