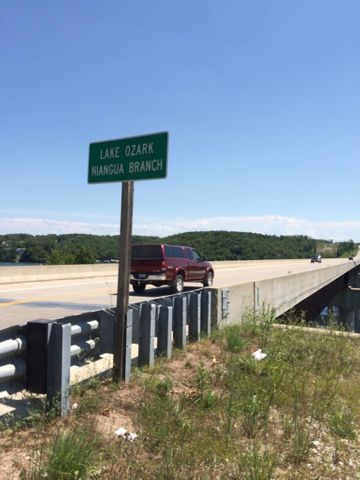 CAMDEN COUNTY - The Missouri State Highway Patrol confirmed four people are dead and one was injured in a car accident on Route 5 in Camden County Wednesday morning.

Crews from multiple agencies worked to cleanup, investigate and get traffic moving again throughout Wednesday. Fire crews from Mid-County Fire Protection District arrived just before 8 a.m. Captain Bill Boller told KOMU 8 News it was one of the worst wrecks he'd seen in his career.

Fire crews worked for 45 minutes to extract the only victim to survive the crash. Captain Boller said the extraction was extensive.

"It was a bad wreck. I've seen a lot of wrecks, that's right up there at the top," he said. "You couldn't tell it was a pickup truck anymore."

According to the crash report, three of the four people in the pickup truck, 46-year-old Cindy Schroeder, 50-year-old Terry Schroeder, and 14-year-old Dyan Schroeder, were killed. Donnie Schroeder was airlifted to Columbia for treatment. The driver of the dump truck, 56-year-old Randal Estes, had died by the time crews arrived.

Boller said the collision happened when the dump truck and a pickup truck collided head on while crossing the bridge along Route 5.

MoDOT Customer Relations Manager Sally Oxenhandler said local law enforcement is taking over the investigation, but MoDOT bridge engineers did check for structural damage to the bridge. They determined it appears to be OK.

As of 2:30 p.m., authorities announced lanes were open on the bridge in both directions. The Missouri State Highway Patrol is leading the investigation.

[Editor's note: This story has been update to reflect the latest information.]