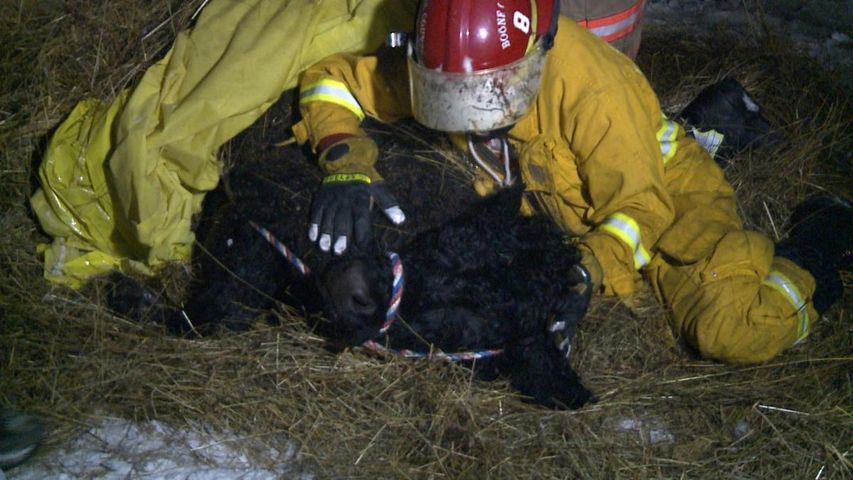 ROCHEPORT - Six cows fell through an icy pond that they normally use for drinking Tuesday afternoon. Firefighters from the Boone County Fire Protection District were able to retrieve three from the water, but one did not survive. Another three died while submerged in the water.

Captain Gale Blomenkamp said at 3:40 p.m. his department got a call about cows that were stuck in a pond at 8251 Wehymeyer Road, which came from the owner.

"When we arrived on the scene, we found six cows that were in the water - three of which we were able to get out - the three that remain in the water, they did die prior to us getting them out. After we got the three out, one has passed away. We do have the university vet pet clinic here and they are currently working with us to warm up the two remaining cows that are still alive," Blomenkamp said.

Firefighters worked with the University of Missouri Vet Clinic to warm the other two cows to prevent them from dying of hypothermia.