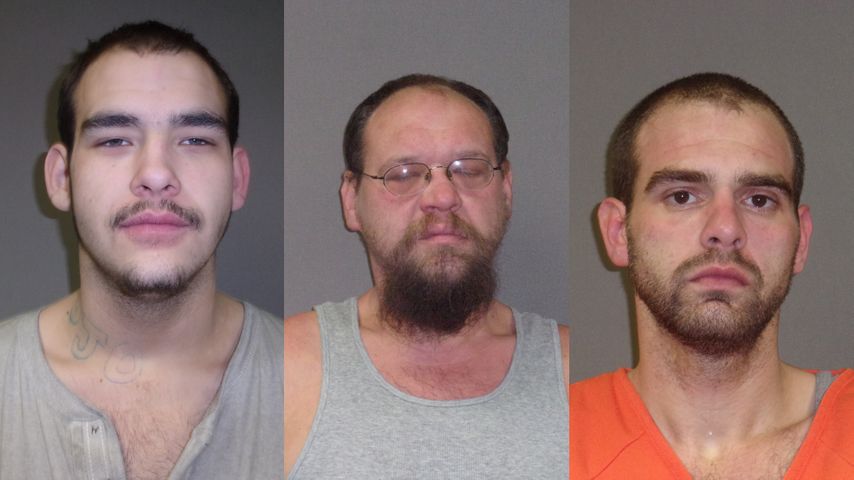 RANDOLPH COUNTY – All four defendants in the double homicide in Moberly appeared in court Monday and waived their arraignments.

When a defendant waives an arraignment, they do not request the court to formally read their charges to them, according to Randolph County Prosecutor Stephanie Luntsford.

20-year-old Christopher Esry, 40-year-old Aaron Bloss, 29-year-old Travis Koenig and 22-year-old Steven Bell have each been charged in connection with the shooting deaths of Darren Tharp and Shane Austin Hare. Tharp and Hare were found dead from gunshot wounds in a vehicle on December 29. The shootings, according to court documents, happened early in the morning of December 28.

All four suspects were arrested on January 1, the same day charges were filed. Bloss, Esry and Koenig have bonds set at $1 million cash. Bell has bond set at $100,000.

All four defendants were scheduled for a preliminary hearing setting date on February 25th.

“On that particular day what we will do is probably set the cases for a preliminary hearing or a probable cause hearing at that time,” Luntsford said.

According to Luntsford, police are still continuing to investigate the case.

“There’s been quite a lot of investigation that’s gone into it, law enforcement has kept on top of it and have been very diligent,” She said. “In fact, the investigation continues tying up all the ends and putting everything together.”

Due to the case involving four suspects, the court is trying to look at each defendant’s case individually.

“You have to look at each person individually. Look at each person, what they are charged with, the role they may have played, all the factors that pertain specifically to that defendant would be taken into consideration,” Luntsford said.

According to Luntsford, the court is expecting for the cases to take quite sometime before they are concluded.