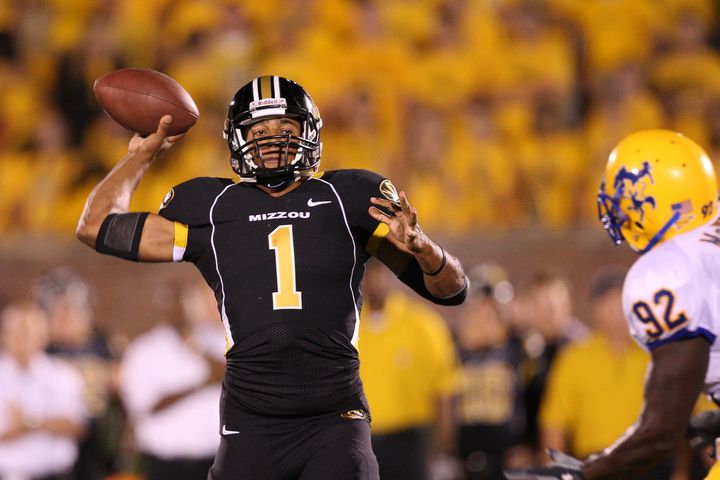 COLUMBIA -- In his career at Missouri so far, quarterback James Franklin has thrown for 2,971 yards and 22 touchdowns but, there's something important to Franklin that you don't see in his stat line. It's his faith that fuels his play on the football field.

With a two day break from fall training camp, Missouri quarterback James Franklin works on a craft other than football: he studies the bible. The junior starting QB said, "It's kind of like the same thing they say about football, is that you can't come out here and stay the same, you either get better or you get worse. And the same thing with Christianity, if you're not keeping up with your spirituality, you don't improve as a Christian."

Each week, Franklin leads a bible study with teammates to discuss how their faith and religion is helping them get through life of being a student athlete. Franklin's leadership is not limited to just Missouri's offense. He says he tries to encourage all of his teammates to do well as football players and as human beings.

"I don't want to force it on anybody 'cause it's a choice, you can't make somebody want to breed or become a Christian or anything like that, so it's all choice. And I try to do my best to let them do it their own pace, but at the same time let them know that if they want to, I'll be there."