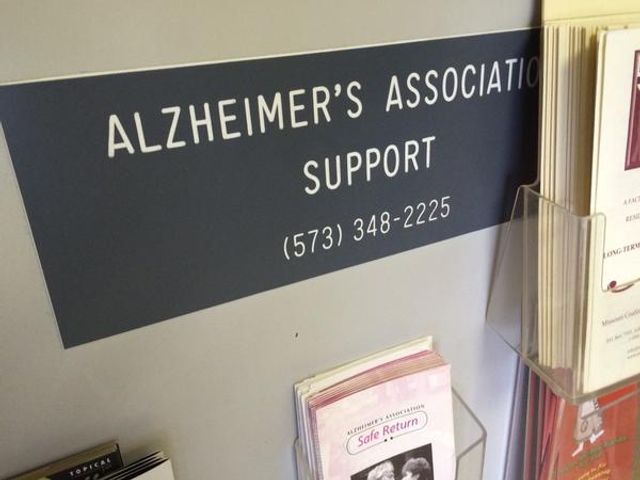 VERSAILLES - Capital Region Medical Center and the Alzheimer's Association teamed up Tuesday in its first of six workshops teaching mid-Missourians about early detection of Alzheimer's.

The first workshop took place Tuesday from 10 a.m. - 12 p.m. Betty Berendzen, the community benefits coordinator for the Capital Region Medical Center, said she hopes these workshops will raise awareness for the risk of Alzheimer's.

"There's different presentations that we have if the need is there like how to make the first talk with your parents and signs to look for," Berendzen said.

According to the Alzheimer's Association, Alzheimer's cases in Missouri will increase 14-22 percent by 2025.

Janie Bonham, the early stage consultant for the Alzheimer's Association, said, "Alzheimer's is a growing problem. There's over five million cases in the United States. What we see is there are about 110,000 cases in the state of Missouri."

For Bonham, she has a personal connection to the disease with her mother who died in 2008.

The Alzheimer's Association lists age, family history, diet, alcohol and tobacco use and others as potential risk factors for the disease.

However, Bonham said Alzheimer's has a misconception of being an "old person's disease." She said age plays a large role, but she has worked with five people who started the disease under age 50.

Bonham said the big issue is the spread of the disease through the brain after being diagnosed. The brains of individuals with Alzheimer's have large amounts of plaques and tangles, which are deposits of protein. These entanglements begin in areas of the brain involved with memory and spread throughout the brain over time.

Berendzen said not enough people known enough about the disease or what to do.

"We know the people in these counties, as well as everywhere, need education on what to watch for with Alzheimer's, what doctor to go to, what questions to ask the doctor when you get there," Berendzen said. "There's some tough things with Alzheimer's like having to take the keys and the driving issue."

Bonham and Berendzen said early detection is important to address Alzheimer's in its early stages. Bonham lists 10 warning signs for the disease.

2. Challenges in planning or solving problems

4. Confusion with time or place

6. New problems with words in speaking or writing

7. Misplacing things and losing the ability to retrace steps

9. Withdrawal from work or social activities

10. Changes in mood or personality

Five more Alzheimer's workshops are planned, and Berendzen said she hopes more will continue in the future.