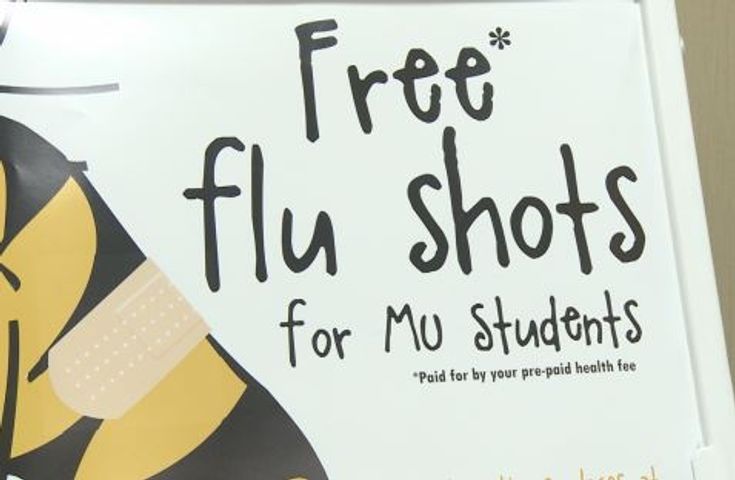 COLUMBIA - The MU Department of Student Health offered flu shots to all current students on Wednesday.

The clinic was being held in the lobby of Lewis and Clark Hall on MU's campus. Services were also available to faculty members who are covered by the university's health insurance plan.

Wednesday's clinic is one of many the department will put on in an effort to minimize the effects of flu season on MU's campus this year. The department hopes to vaccinate 6,000 people by the end of the season.

Megan Huddleston said college students might think they do not need flu vaccination, but are likely to come in contact with someone who has the flu due to their work and school environment.

CPD students can either receive a traditional flu shot injection or the FluMist nasal spray.