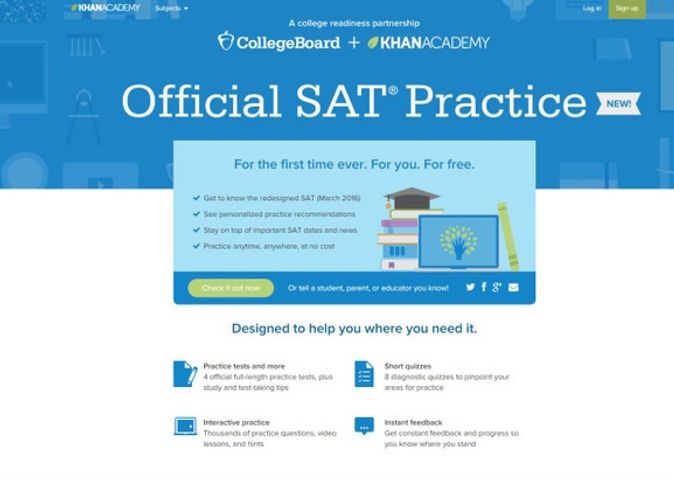 COLUMBIA - Parents may recall the days of cramming to memorize obscure vocabulary words or taking expensive courses in preparation for the SAT exam.

Now the test and the preparation process have undergone a major overhaul in an effort to better serve all students.

Starting this week, students will be able to get their first glimpse at the newly redesigned exam in a series of free practice tests launched by Khan Academy, known for its educational videos.

Students and teachers who visit Khan Academy will find quizzes based on the math and reading sections of the SAT. The site will include quizzes to determine a student's skill level, practice questions that include step-by-step hints if you feel stuck, and how-to videos. There are also study tips and full-length practice exams.

The launch comes about a year after College Board, the group in charge of the SAT, announced it was redesigning the test. Officials say the new test is more grounded in the skills and abilities students will need in college and is better aligned to what students learn in the classroom.

The Missouri Department of Elementary and Secondary Education says Khan Academy's tutorials are a great addition to students, especially because Missouri mostly favors the ACT exam.

"Only a very small percentage of Missouri high school students take the SAT," Nancy Bowles, DESE Communication Specialist said. "However, if a Missouri student wanted to go to an Ivy League school or a school on the west or east coast school where they see more SAT scores, then it would be a great tool for them to use."

The new test comes as test rates for the SAT have declined in 29 states during a 7 year span. In Missouri, the number of students taking the SAT from 2006-2013 dropped 36 percent while the ACT increased 15 percent. During the 2014-2015 school year, the state provided all junior high school students a chance to take the ACT once for free.

The new SAT will be offered for the first time in March 2016. The English language section requires more analysis of texts, requiring students to interpret meaning and demonstrate their answers. The lists of obscure vocabulary words have been removed, and the essay section is now optional. The math section focuses on problem solving and data analysis, algebra skills and advanced math.

There is some good news for students. The new test is shorter, clocking in at three hours, about 45 minutes shorter than its predecessor.

In another major change, the top score is going back to 1600. It originally jumped to 2400 in 2005, when College Board added the essay portion.