Fresh Off Big 12 Meeting, What's Next for MU? 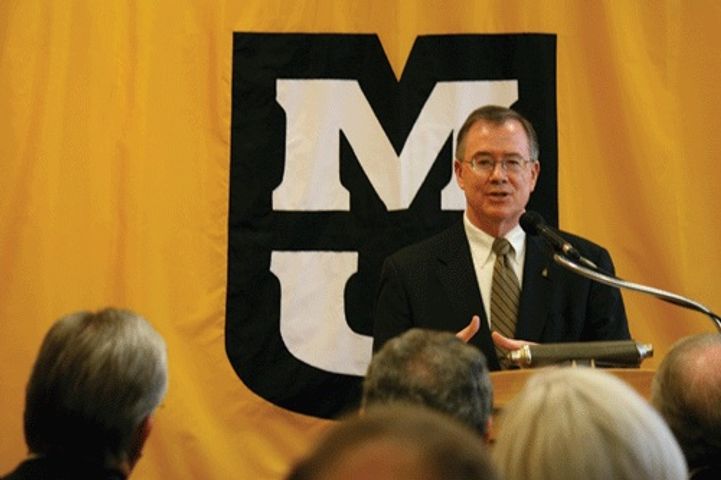 COLUMBIA - The University of Missouri finds itself in the same position Tuesday morning as it did before the Big 12 Board of Curators meeting Monday - in the Big 12.

KOMU caught up with MU Chancellor Brady Deaton after he arrived back from the meeting.

"There's no delays here at all. There's some very specific things that have to be adressed. We want to address those," said Deaton. "We really can't rush these things. These are things you can't rush. I know fans get impatient I gotta say I'm very sympathetic. What I hope they will understand that this is not a set of issues that one can just press a button and be done with it. There are some issues that have to be adressed on behalf of the University of Missouri and that's what we're doing, looking out for the University of Missouri."

One of those issues MU will have to address is the Big 12's mammoth TV contract with ESPN and Fox. It's worth about $150 million annually to the conference. But if MU leaves next year - and the Big 12 fails to find a replacement - that leaves the conference short of its contractual obligation, with only nine teams. That means a legal conflict could potentially arise.

If MU were to join the SEC, there are multiple reports it would join the SEC East division.