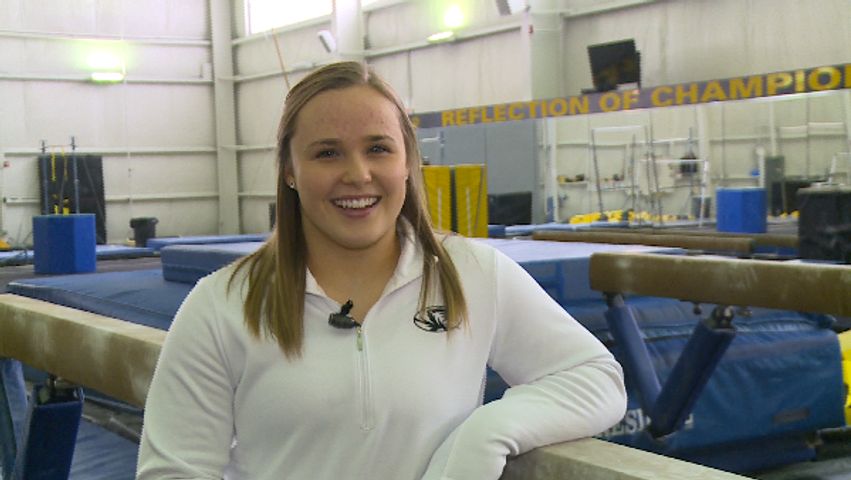 Jan. 19th Ward was named the SEC Specialist of the Week.

Exactly a week later Ward was recognized as the SEC Freshman of the Week.

Ward became the second Tiger gymnast to earn SEC weekly honors since the University of Missouri joined the conference for the 2013 season.

Head Coach Shannon Welker said anytime the team gets recognized it means they’re doing the right thing as a program.

“Britney even said it herself the only reason I’m getting this is because my team is so strong and she is right, but she also did her job and did a great job to earn that recognition as well,” Welker said.

Ward said it was a really huge honor.

“I didn’t even know I got SEC Freshman of the Week until someone texted me ‘Congrats,’ and I responded ‘Congrats on what?,’” Ward said.

Ward says the transition to college gymnastics has been nothing short of exciting.

“It’s awesome. I’ve looked forward to college since I was little, but I never knew how much my teammates would mean to me. We really are family,” Ward said.

She said it is a little more stressful because in college the whole team is counting on you; however, she said her team is very supportive.

“Whether one of us makes a mistake, we’re there to pick each other up and to just keep going,” Ward said.

“I think we're all aware of what she contributes from a scoring perspective and events like that, she just brings a great attitude to practice whether things are going perfect for her or if she is having a tough that day. She is just very level headed and grounded,” Welker said.

Ward says college has helped her improve her performance in competition.

“I have definitely learned how to compete a lot better since I’ve come to college learning how to focus in and stay calm and more so about being confident,” Ward said.

However, she said more than anything the team likes to have fun.

The Tigers take on the Florida Gators at home this Friday starting at 6 p.m.