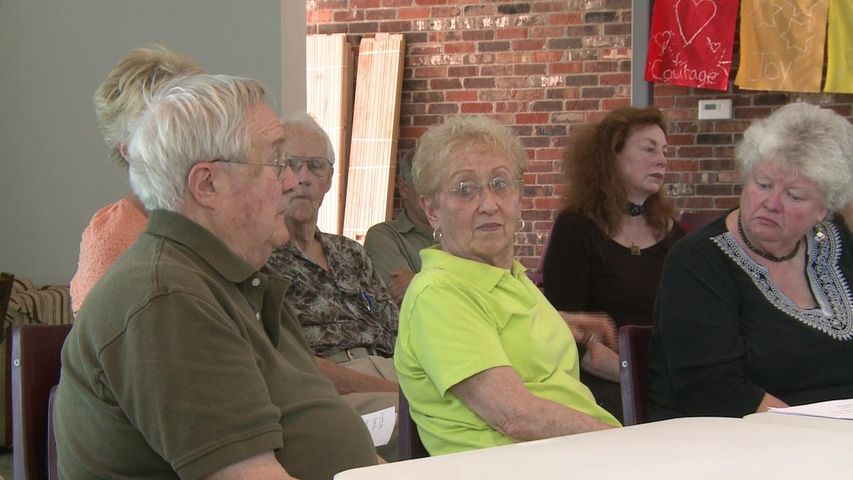 COLUMBIA - Friends of Columbia store owner Shakir Hamoodi gathered Friday at Rock Bridge Christian Church to share with each other a mix of outrage, opinions and options.

A U.S. district judge sentenced Hamoodi to three years in a federal prison Wednesday after he pleaded guilty to sending $200,000 to his family in Iraq over a twelve-year period. Hamoodi owns World Harvest International & Gourmet in Columbia, and many of his friends say he's undeserving of jail time.

Columbia resident and friend of Hamoodi, Kit Salter, told KOMU 8 News that Hamoodi's payments were intended solely for his family and not for "nefarious purposes to aid the Iraqi government." Federal sanctions were in place at the time that prohibited such payments, but Salter said Hamoodi expected at most to get probation.

Investigators at Hamoodi's sentencing said they found no evidence that Hamoodi's payments were intended to aid the then-dictatorship of Saddam Hussein.

Hamoodi is an Iraqi-American and a former nuclear scientist with he University of Missouri. Salter and others, including the district judge who sentenced Hamoodi, praised Hamoodi's efforts to educate the community about Islam and diffuse Muslim misconceptions.

Hamoodi was charged in 2009 after the FBI concluded a six-year investigation.