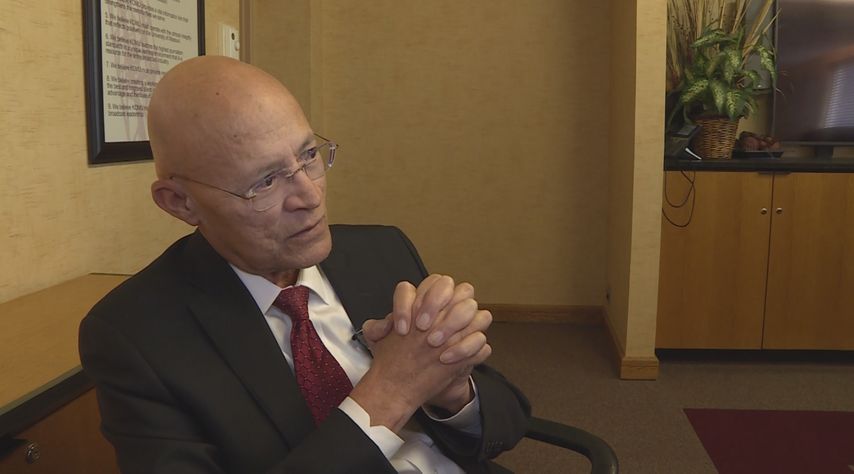 COLUMBIA -- The Civil Rights Movement was a time of racially charged protests and marches. Some activists took to the streets to demand equal rights, while others fought for justice in schools. Others did both. One of those activists is Mike Middleton.

Middleton grew up in Jackson, MS, in the late 1940s. By the time of the Civil Rights era, he was a young 20-something, out in the streets advocating for justice and equality. Inspired by prominent law figures of the time, Thurgood Marshall and Bob Carter, Middleton went to the University of Missouri in 1964 to study law.

"I was always just fascinated by the inconsistency between this notion of equal justice for all and the rule of law and everything, all the idealism of the founding of this country and how it contrasted with the way Black people were treated in the south for so many years," said Middleton.

At the time, Middleton was the third African-American student to enroll at the University of Missouri School of Law. This does not include Black law students like Lloyd Gaines, who enrolled after the law school at Lincoln University closed due to violating the Constitution's "separate but equal" rule. The school was separate, but not deemed equal.

Middleton said many of his classmates didn't think he would last at the school, creating an isolated and marginalized experience. However, after his freshmen year, he was able to prove his place at the university and foster lasting relationships. These peer groups paved the way for Middleton to create his legacy on the University of Missouri's campus.

Middleton and six of his peers chartered the second Black fraternity on campus. The Zeta Alpha chapter of Alpha Phi Alpha Fraternity, Inc. was created in 1966. According to the chapter website, Zeta Alpha Brothers live up to the aims of the fraternity: "Manly Deeds, Scholarship, and Love for all Mankind."

Nosa Eke is a Spring 2016 initiate of Alpha Phi Alpha Fraternity, Inc. by the way of the ZA chapter. Eke was a member of the chapter's 47th line. He said without Mike Middleton, he wouldn't be where he is today.

In addition to chartering a prominent Black fraternity, Middleton and other Black students created the Legion of Black Collegians. LBC is the first and only Black student government in the nation. Other schools have Black student unions or Black student alliances. Middleton said this organization was another way to fight for justice and give minority students a voice.

After graduating from the law school, Middleton went on to work as a civil rights lawyer. In 1985, Middleton came back to MU as a law professor. In 2015, he retired from the university, but didn't go very far.

Racial tensions heated up during the fall of 2015. Middleton said it reminded him of his time at Mizzou.

"My overall thoughts were that not much had changed since I was here," said Middleton. "What those students were complaining about, were experiences I had here in the 60s."

Middleton came out of retirement to serve as the MU interim president. Eke was a freshman during this time, and said this was a time when the Black community was able to come and stand stronger together. He said part of this unifying experience was having Middleton as interim president.

After 15 months as interim president, Middleton went back into retirement. Looking back on his time at MU, both as a student and faculty member, he said he hopes to see change in the future.

New trail to open in celebration of Columbia's black history