From prescription to addiction: Law enforcement's obstacles and assets 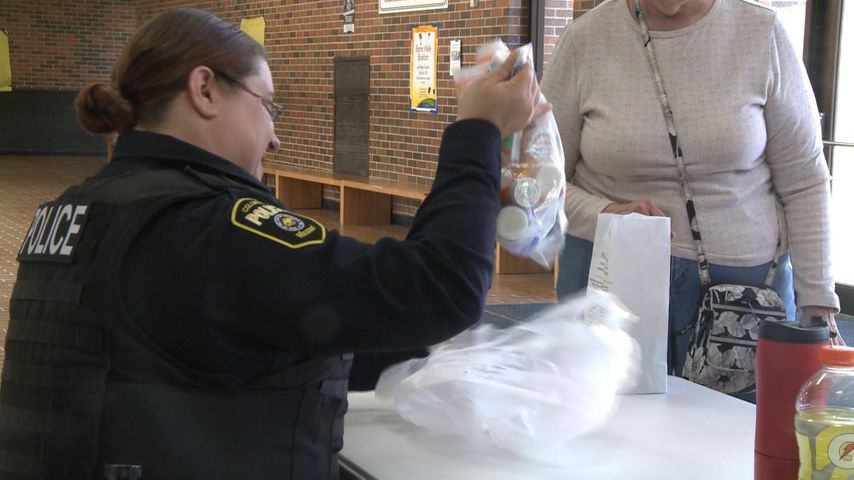 COLUMBIA - Prescription opioids are some of mid-Missouri's deadliest drugs. Local law enforcement said because these substances enter the population legally, they are exceptionally hard to control.

Jeremiah Hunter, assistant chief of the Columbia Police Department, said the city is noticing a disturbing trend in opioid misuse.

Major Tom Reddin, chief deputy of the Boone County Sheriff's Department, said controlling opioid use is much harder than controlling other illegal narcotics.

"What makes it difficult at the onset is that they are legally introduced into the community," Reddin said. "Then, by abuse, theft or some other means, they are turned into an illegal substance."

Prescription opioids are not inherently illegal. It's only when they are used incorrectly that they become illicit.

But just because opioids can be prescribed legally doesn't make them any less dangerous. Reddin said, in recent years, opioids have killed more people than things like heroin or crack cocaine.

"Prescription drug overdoses have, far and away, exceeded the overdoses for the common street drugs," Reddin said.

Reddin said, when it comes to policing drug enterprise, it is most beneficial for law enforcement to cut the operation off at its head, and go after the people at the top.

"The goal of enforcement is not so much to be punitive on the the user, but to try and identify the distributor," Reddin said. "We are talking about a huge community health problem. If we come in contact with people who are in illegal possession, we're gonna investigate that and try and determine who their source is, then go up the ladder."

Local law enforcement agencies also use prescription drug "take-back" drives as a way to try to keep control over the amount of opioids in circulation. These drives are usually held several times throughout the year. Police say they are meant to give patients the opportunity to safely dispose of any unwanted, or no longer needed, opioids.

Hunter said these kind of take-back programs prevent drugs from falling into the wrong hands. He said, in Columbia, the community takes full advantage of such programs.

"By the end of the day, our bags are full," Hunter said.

Hunter and Reddin said, despite many challenges in the fight against opioid misuse, law enforcement has a powerful weapon: anonymous tips from civilians.

Hunter said the public has begun to report opioid misuse more. He said this voluntary cooperation between civilians and law enforcement makes an officer's job much easier.

Hunter said, without the public's help, it would be nearly impossible for police to get a reign on illegal opioid use. He said he encourages anyone who notices anything suspicious to contact the department and report the incident anonymously.

New measures to save lives

Hunter said the Columbia Police Department recently partnered with the Columbia Fire Department to begin training with Narcan, an emergency medication that can stop or slow the symptoms of an opioid overdose.

Hunter said, in many emergency situations, police officers are the first officials at the scene. In the past, if an officer encountered an overdose victim, he or she would have to wait until an ambulance or firefighter arrived, so they could administer the Narcan. Now that police officers are being trained to use the antidote, Hunter said, emergency care can be given quicker, in situations where every second counts.

Reddin said, though Narcan is a valuable tool to save lives, it is still a "reactionary" solution. He said a more effective, "proactive" strategy to prevent opioid deaths would be adopting a statewide prescription drug monitoring program.

"This would certainly help the medical community identify those who are 'doctor shopping,' to get prescriptions," Reddin said. "And not so much to try and prosecute those people, but to get them the attention and the treatment that they need."

As of now, Missouri is the only state in the United States without a statewide prescription drug monitoring program. Missouri lawmakers have repeatedly debated instituting one, but critics contend it would be an invasion of privacy.

"At the front end of things, if we can prevent prescriptions from being written, and medications from falling into the wrong hands, then I think we're making a real impact," he said.