From Salty to Sweet; The Story of Lutz' BBQ 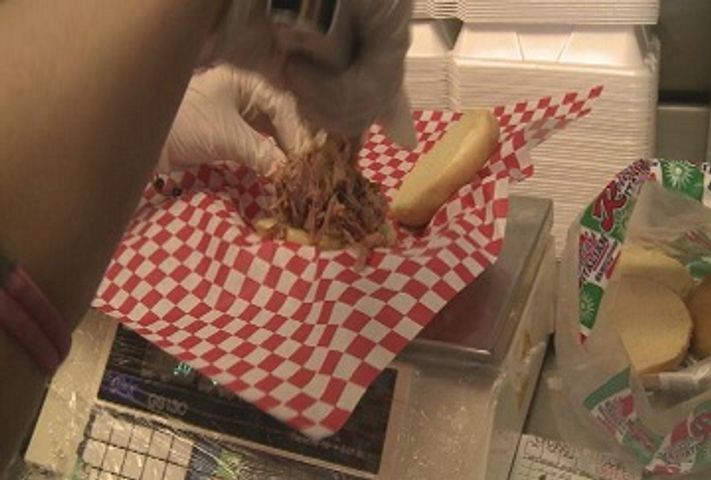 JEFFERSON CITY - Burl Lutz is a just one of those guys.

He won't complain. He won't give up. And he's as stubborn as they come.

Lutz took a route that many choose and many fail. He opened a restaurant, but not just any restaurant. He opened a barbeque restaurant in the Midwest, a place where the tales and tastes of barbeque run rampant.

"Lots of people can cook good competition Barbeque. But that doesn't mean they can sell it," Lutz said.

Lutz used to work in construction with a comfortable six-figure annual salary. His old construction job kept him away from home which he says was one of the contributing factors to his divorce from his wife.

"I always wanted to do a BBQ restaurant but you don't just come home and tell your wife 'I think I want to quit a $100,000 job and start selling barbeque,'" Lutz said.

Lutz founded his restaurant, Lutz' BBQ, in 2000. Although, the term "restaurant" hardly applied 12 years ago.

"Through the divorce, depression was horrible. So my brother said 'Why don't you go up there to the convenience store, I'll make a call, and you can go up there and start selling barbeque.' So I dragged a barbeque pit up there and started selling sandwiches right off of it," Lutz said.

He only made $35 his first day selling out of a tent. And with time, Lutz' BBQ graduated from a tent, to a trailer parked on the side of Lowe's in Jefferson City, to a storefront in an Eagle Stop gas station across the street.

"I don't care who you are. If (a business) isn't around people, it's not going to work," Lutz said.

He had created a business in a tough restaurant economy. He didn't pay himself for the first three years--putting all his profits right back into his business. He learned all aspects of the job from starting so small including many nights washing dishes until 2:30 a.m.

"I would have hated to think that I would have had the money to do this when I first started. Because I would've failed. I started out small. So when I made a mistake, it was a small mistake. And when you make some money, you don't make a lot of money. But you still make money," Lutz said.

But then on Saturday, Dec. 6, Lutz' success went up in flames. He awoke in the early hours of the morning to a call from the Jefferson City Police Department. JCPD could not tell him what had happened, but Lutz BBQ had suffered heavy damage in an overnight fire.

"I had just showed up for my shift that morning and all I saw was that black char that can only come from a fire," Alex Schwartz, employee at Lutz BBQ, said.

Then again, Lutz is just one of those guys.

At first, he feared that one of his three children had died a severe car wreck. So when the news of the fire came, he felt relieved.

On the night of the fire, Lutz had a catering order due for 350 employees of Diamond Pet Foods. The store still catered the event even after the fire closed its doors.

"We had a kitchen put up in (Burl's) home location. And we were able to put everything together. And everyone there was grateful and thankful for everything," Schwartz said.

It took over a year for the restaurant to make a comeback, but Lutz' BBQ reopened in March, 2010.

The next step: opening up a second location in Columbia on Nifong Boulevard on Sept. 5.

"I don't care what you want to do. If you have the passion for it and you have the desire and it's in your heart, you'll do it," Lutz said.