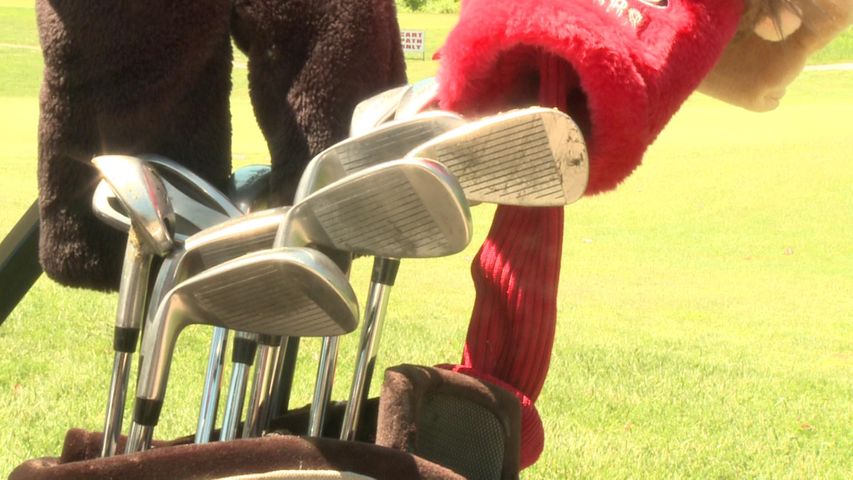 COLUMBIA -- The Francis Hagan Match Play Tournament at Lake of the Woods Golf Course started at 64 players, and the field reduced to two: number 3 seed Dan Frost and number 5 seed Will Echelmeier.

Frost was up one stroke heading to the 18th hole and on 18th Echelmeier made a long birdie putt. Frost then had a birdie putt for a chance to win the tournament and it came close but Frost and Echelmeier headed back to the first hole for a playoff. The two were 3 under after 18 holes.

In the playoff, Echelmeier tried to make the long par putt, but it was just a little wide. Frost had a close shot for par and the tournament...and he made it.

The emotional Frost hugged his little daughter, then hugged his father on Father's Day. And of course, the winner of this tournament got to drink out of the trophy.

The win meant so much for Frost: "I wish I could put it into words right now. I'm just, I'm still a little nervous even. I was so excited. I guess now it's not nerves anymore, it's excitement. It feels great to finally have my name on either this one or the city championship. So I've got my eye on one more."