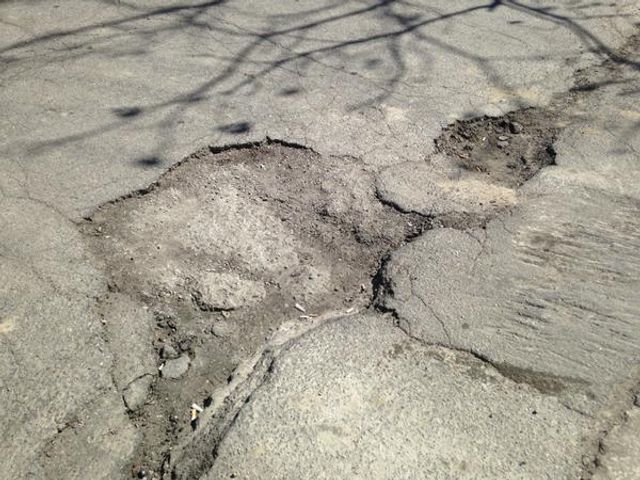 TRIP, a national research group, conducted the study, which says untimely maintenance and upgrades are costing drivers in the Columbia-Jefferson City area nearly $1,500 every year.

“This is essentially the cost of rough roads beating up your vehicles,” said Carolyn Kelly, TRIP's associate director of research and communication.

She said more than half of Missouri’s major roads are either in poor or mediocre condition.

In the Columbia-Jefferson City areas, the number is 61 percent.

“Without additional transportation funding at the local, state and federal levels Missouri’s transportation system will continue to deteriorate,” Kelly said. “It’ll become more congested, and the already high price drivers are paying will grow even higher in the future.”

Kelly said it’s important to remember the condition of the roads and bridges are not a reflection of the ability or capabilities of the Department of Transportation.

“They're doing a tremendous job with the funds they have available,” she said.

Supporters of the fuel tax, known as Prop D, note it would fund road and highway repairs.

Len Toenjes, president of Associated General Contractors of Missouri, said he’s not surprised by the report.

“I think the waste of time, the waste of money, the frustration we all feel, it put some numbers to it,” he said.

Breaking down the money spent per year, Toenjes said people would spend $60 in taxes rather than $1,500 on repairs to their vehicles as a result of the proposed fuel tax.

Ross Mutrux, of Mutrux Automotive Owner, said he has seen plenty of cars that need new tires because of road conditions, but he's not convinced people spend $1,500 annually.

“If it came to a thousand dollars per vehicle, per year, I’d be surprised,” he said.

At the moment, there is no organized opposition to Prop D, but state Rep. Mike Moon, R-Ash Grove, says the measure is not what it seems.

Moon believes Prop D is unconstitutional because it contains unrelated amendments. A judge has ruled the measure is constitutional, but Moon is appealing.